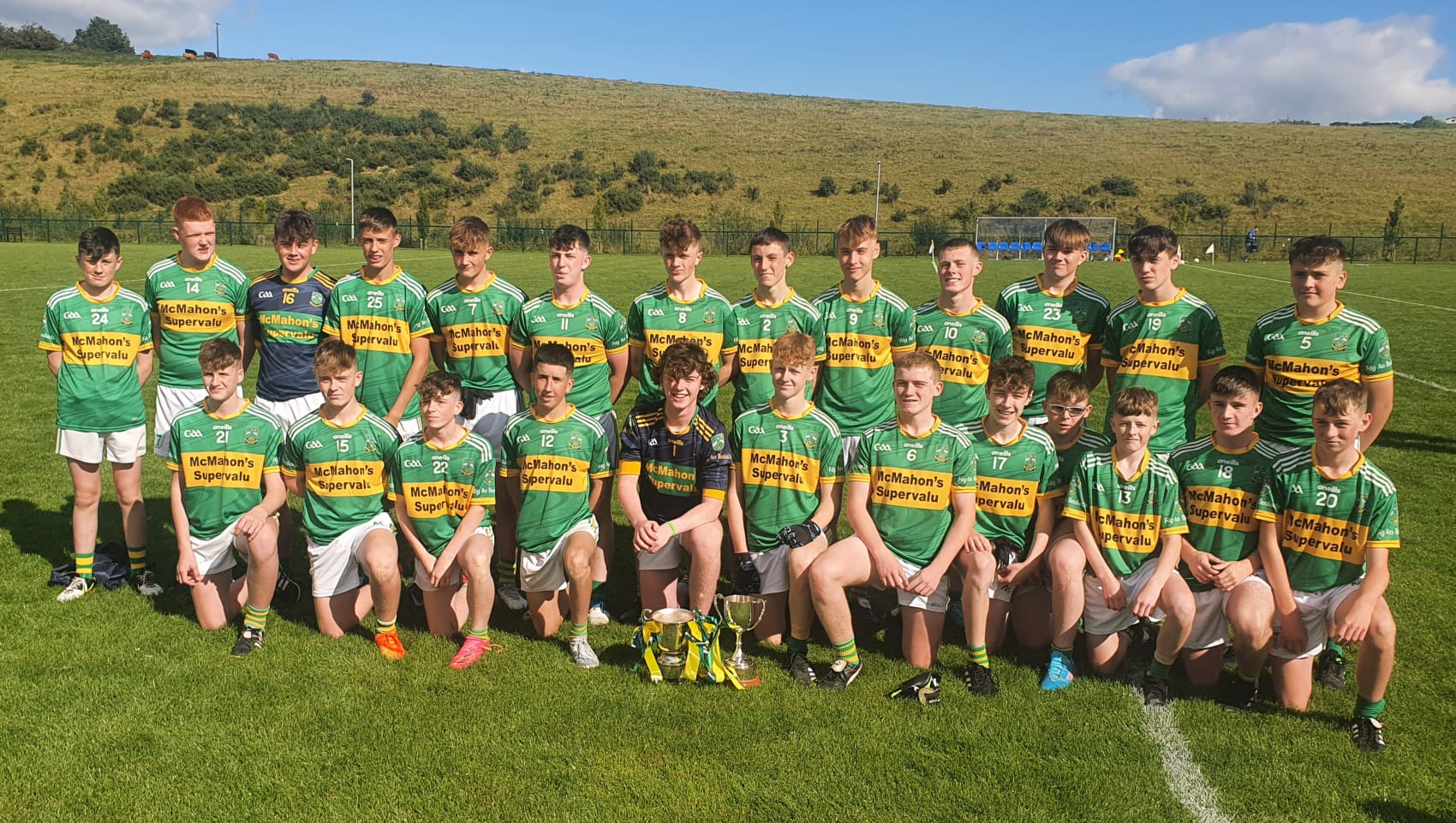 Seniors Men: Senior men hosted Donaghmoyne in the relegation group on Saturday past.  Despite putting in a good shift we came out on the wrong side of a 0-13 to 1-12 result.  We now have a break before the final round robin game against Carrick at a neutral venue weekend after next.

Senior Ladies: The Faughs senior ladies hosted Killanny in their championship semi final on Sunday morning. The Killanny girls came strong at Blayney in the first half and put some good scores on the board putting them in the lead by a point at half time. The Faughs girls were facing into a strong breeze in the first half and it definitely affected their shooting with a few scores left behind. A goal immediately after half time had Killanny four up. This seemed to kick the Faughs into action and from there on, they put Killanny under serious pressure with some great interplay to make the best advantage of the wind. There is no rest for the Faughs ladies as this Saturday the 1st of October, they travel to Monaghan Harps to take on Tyholland in the final. Best of luck girls.

U15’s: The U15 team completed their season at the weekend when they completed a league and championship double in some style against a very determined Scotstown side in Clontibret on Saturday in afternoon. Played in breezy conditions, both teams matched each other in a cagey first half but the Faughs held a 1 point half time lead despite playing against the wind. This told in the second half when they started to take their scores from distance and run of two goals early in the final quarter give them the lead they never looked like surrendering despite a late Scotstown goal. Captain John Flanagan lifted the cup on behalf of the team and many thanks to the players for their efforts over the year.

The 3rd team also finished their season in style with a convincing win away to Aughnamullen on Friday last. This young team have really developed as the year progressed and have been unlucky not to progress in the championship group only for two narrow defeats early on. This was a great team performance, building a good lead at half time through 2 Cormac McMahon goals and they battled very hard in second half to hold off a strong challenge from the home side. Well done to all the players involved.

U13’s: Best wishes to our u13 team who play Magheracloone in the Div5 championship final on Sunday in Blackhill at 11.00am.

U12’s: Congratulations to our under 12 girls, who for the first time became Division 1 Champions on Sunday morning when they defeated a fancied Maghercloone team. The girls took full advantage of playing with the wind, going in with a lead of 1-2 to no score after the first period. The middle non-competitive period was no different with the girls dominating play which demonstrated the strength and depth of our squad of nearly 40 players. The last period was always going to be tough into the wind. When Maghercloone clawed back three unanswered scores it looked like the writing was on the wall but this team always rise to a challenge. 2 goals from our girls give the team a cushion of 3-3 to 0-6 heading into the final 5 minutes. Maghercloone piled on the pressure looking for goals but the girls defended with everything they had. In the dying seconds Maghercloone got a goal but it was too late and the final whistle was blown on a scoreline of 3-3 to 1-6 giving our girls the deserved victory. Well done to all the girls on a brilliant season. We are taking a break from training for a number weeks but we will be back for our winter programme later in the year.

U7’s: Our U7s had their last blitz of the year in Aghabog on Saturday past. These young boys played fantastic football throughout the morning and have come on leaps and bounds over the year.  We ll take a few weeks break now before we start our winter programme.

Big thanks to both kids and parents for their efforts throughout the year.

Operation TransFaughsmation is Back!!! Classes started on Monday the 12th of September with a huge turnout. You can still sign up just message us on Facebook for more details.

AGM: With the AGM coming up on the horizon now is the time to be thinking of how we can bring the club forward and what we can do to achieve that.  More details will be released in the coming weeks.

The club is looking at increasing lotto sales both online and through lotto ticket distribution.  If anyone can help or knows of anybody that might be interested in selling lotto tickets around the housing estates at the weekend, contact any committee member.

Bingo: Bingo continues every Wednesday night at Our Lady’s Concert Hall, jackpot is €2200, winner takes all played at game 8 and double your money at game 10 and high low game played after game 8. Lots of chances to win lots of money.

Walking track: The lights for the walking track have been officially switched on this week and will be lit from 5-9pm every day. This is open to anyone in the community who wishes to use the walking track amenity. Please note dogs are not permitted on the grounds.

New Walking Track: Our new walking track is currently under construction and we hope to have it fully operational for the launch of operation transfaughmation, this will bring the total distance of both tracks to approximately 1.2km, of which all will be completely illuminated at night.

Advertising: As we approach the latter stages of championship,  St Marys Park will be hosting some high profile championship games. There are a number of slots still available for signage around the field. For further information please contact any committee member.

Volunteer: Our various committees are already busy working hard for next season. Anyone interested in helping out as a volunteer or as a coach please contact any committee member, we would love to have you on board.