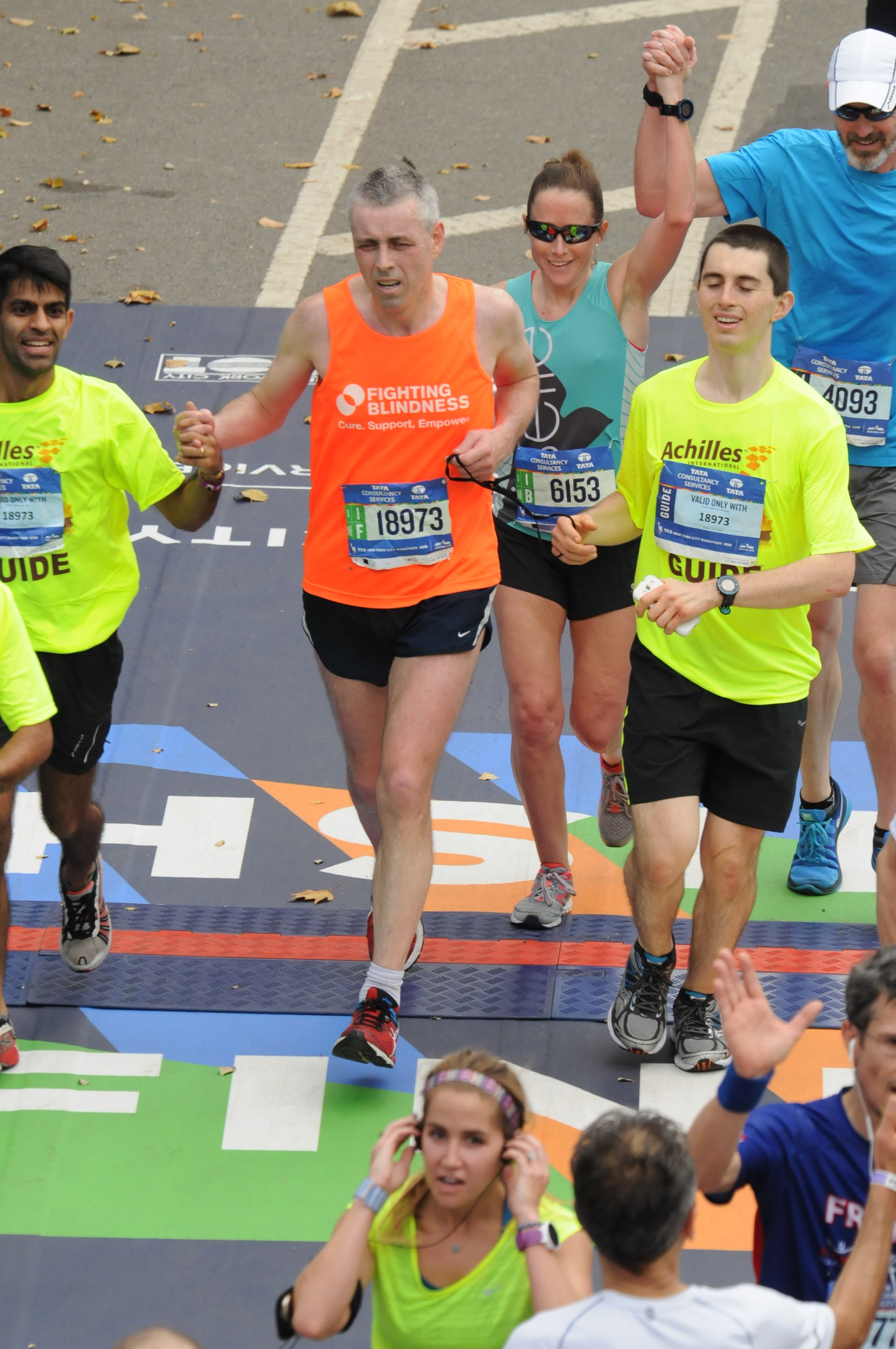 The organising committee of the McMahons Supervalu 5K were delighted this week to announce that local athlete Tony Ward would be one of their Guest Speakers at their question and answer session after their annual 5K walk/run in the Glencarn Hotel on Sunday 29th of November. Tony who is from Aughnamullen was diagnosed back in 1994 with having a degenerative eye condition called retinitis pigmentosa which overtime has resulted in Tony losing his sight. Having been involved in sport before his sight loss, in 1999 Tony took up athletics and began to participate again. Since then he has devoted a lot of time to training and competition. The rewards have been enormous, having represented Ireland at European and World level in middle distances and he has completed 6 marathons, most recently in New York on 1 November 2015. Tony’s proudest achievements include winning a bronze medal in the world cross country championships in 2001 and gaining an A qualification standard in the marathon for the Athens Paralympics in 2004 with a time of 3 hours, 2 minutes although unfortunately he was not selected to go to the Games.
Tony works for the Irish Charity Fighting Blindness which invests funds in research to find the causes, treatments and cures for conditions causing blindness and, through its Insight Counselling service, provides support for people affected by sight loss and their families.
In 2005 Tony, indeed like another special guest Gerry Duffy completed a 32 County Challenge (however a mile rather than a marathon in each county!), raising €75,000 along the way.
Tony continues to be very active in sport and completed the Paris to Nice, 700k cycling challenge in 2013 and 2014 and the 650k Mizen to Malin cycle in June 2015! He is very involved in Fighting Blindness, not only in fundraising but as an advocate for people going through their own journeys of sight loss.
Speaking during the week Tony said he was delighted to have been asked to speak after the McMahons Supervalu 5K “I have run the race each year, it’s a great day, well organised and always a bit of fun, I have enjoyed the question and answers session with the different people down through the years, so hopefully I will be able to take a different perspective to the session. The race route is pretty quick, I just hope my running partner Jazza Hughes is fit enough to keep up the pace! On a serious note the Castleblayney Faughs and the Operation TransFAUGHSmation participants should be very proud of themselves, the completion of 5K for the first time for some people is a major achievement, the fitness programme and the 5K has got lots of people in the local area into fitness which is a brilliant end result.
The Mc Mahon’s Supervalu Castleblayney 5 km run takes place on Sunday 29th of November at 2pm. Online registration is open through www.runireland.com or www.CastleblayneyFaughs.com. Entry fee is €10 pre-registration or €13 on the day. The Club are looking for all locals to participate during the event whether you’re a walker, runner or an interested spectator; the Club would like to see you there on the day.