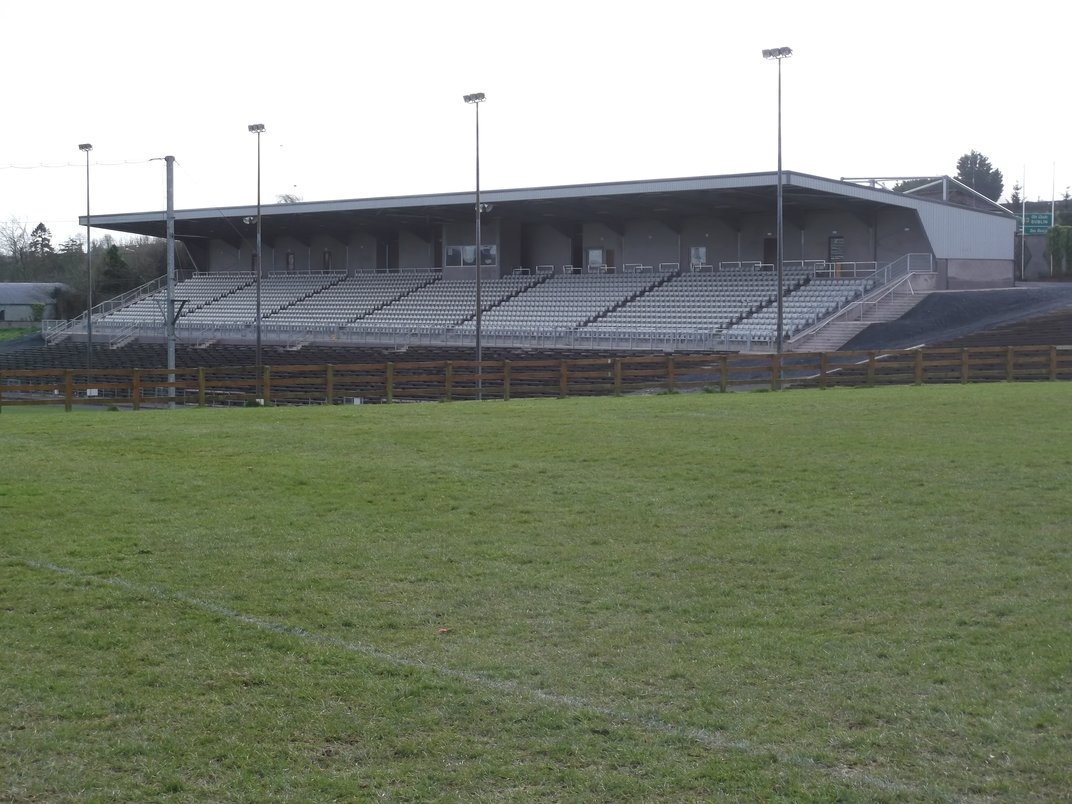 AGM – The Club AGM will take place this Friday 23rd Jan, 7pm, Enterprise Centre (note change of date & venue). Mass for the Deceased Members of the Club will be offered on Saturday 24th Jan, 7pm, St. Marys Church. We urge all members to attend, as the AGM is a chance for you to have a say in the running of the Club – Remember it’s your Club so why not come along and express your views they are always welcome.

Tony Carville Hall of Fame Award – This Saturday night sees one of the Faughs and indeed Monaghan finest been inducted into the 2015 Hall of Fame. Tony Carville personifies all that is good in Gaelic Games. His dedication to Gaelic football at club and county level coupled with his skill, talent and the highest level of sportsmanship made him one of Monaghan’s outstanding players of the 1960s and a true gentleman of the game. He won minor championship and League medals in 1955 and a minor championship medal in 1958 before he progressed to the Castleblayney senior team. With Castleblayney Faughs he won ten senior championship medals between 1963 and 1976 and six senior League medals between 1961 and 1974. With Castleblayney he also won a Ward Cup medal in 1960 and a Hackett Cup medal in 1962. In 1963 he captained Castleblayney Faughs to the first of their famous five-a-row championship victories. As well as having played county minor football, Tony moved seamlessly into the County Senior ranks winning an Ulster Junior Championship medal with Monaghan in 1961 playing at full back and making his Ulster Senior Championship debut that same year. Full back was the position he was to regularly occupy over most of the decade with Monaghan and one which had also made his own with Castleblayney. Well Done Tony and enjoy the limelight on the night

Juvenile Presentation – A sign of progress is when your Club has to have a Juvenile presentation, we are delighted that 2015 will see the reintroduction of the Castleblayney Faughs Juvenile Presentation Night. After a few barren years, we are delighted to have cups and medals to present to our Juvenile Players, The presentation will take place in The Glencarn Hotel on Saturday 7th of February at 7.30pm, this event is open to everyone in which we will see medals been presented from Under 12 ‘s up to Minor level. We will have a special guest on the night to present the medals.

Juvenile Training – It’s all systems go for all the club coaches as they set about the eagerly awaited Juvenile season. There have been a number of meetings over the last few weeks, with coaching teams confirmed for nearly all teams. Training will start on Monday 2nd of February for our Girls teams with all other team make a return to training the same week at the usual times. Confirmation of all training times etc, will be posted on the Website, facebook and twitter over the next few weeks.

Guest Tea – Can we ask all Club members to keep Sunday 22nd of February in the Diaries, the Juvenile Girls teams are holding a Guest Tea in Iontas from 4pm to 6pm. Grainne Miller and her team are currently hard at work pulling together the details of the evening, this will be a real social event and great way to catch up with both friends and family. We will confirm all details over the next few days.

Coaching Programmes – The Monaghan Coaching and Game Development team have pulled together an excellent programme of training courses for the month of March. These workshops are FREE OF CHARGE and can be a great resource for coaches in terms of their continued development as a GAA coach. The topics covered are “ Coaching attacking play” which takes place in Tyholland on Monday 2nd of March at 7.30pm, “Performance Analysis” in Cloghan on Wednesday 11th of March at 7.30pm, “Goal Keeping Workshop” on Monday the 16th of Match at 7.30pm in Cloghan and “Coaching defensive play” in Drumhown at 7.30pm. Finally the annual O’Neill’s Ulster GAA Coaching & Games Development Conference is scheduled to take place on Saturday 21st February 2015 at the Glenavon House Hotel. The theme of this year’s conference will be ‘Skill Acquisition – Improving Performance’ and will focus on the key skills of kicking and striking. Can you please confirm your attendance for these courses with Brian Sherry on 086 – 2334287 before the end of January.

Upcoming Games for St Marys Park – February will be busy in St Marys Park; on Sunday 1st at 2.30pm the AIB All-Ireland Senior Camogie Club Championship Semi-Final between Loughgiel from Antrim and the famous Oulart the Ballagh from Wexford will take place. The following week will see Monaghan Senior Team take on Cork in the Allianz Div 1 round 2 game with throw in at 2pm, while on Sunday 22nd the Monaghan Senior Hurlers will play Roscommon in round 2 of the Allianz Hurling League Roinn 3A, again at 2pm. As you can all imagine the main field will be closed at least until the end of February to insure that we have the best playing surface available for all team to play on.