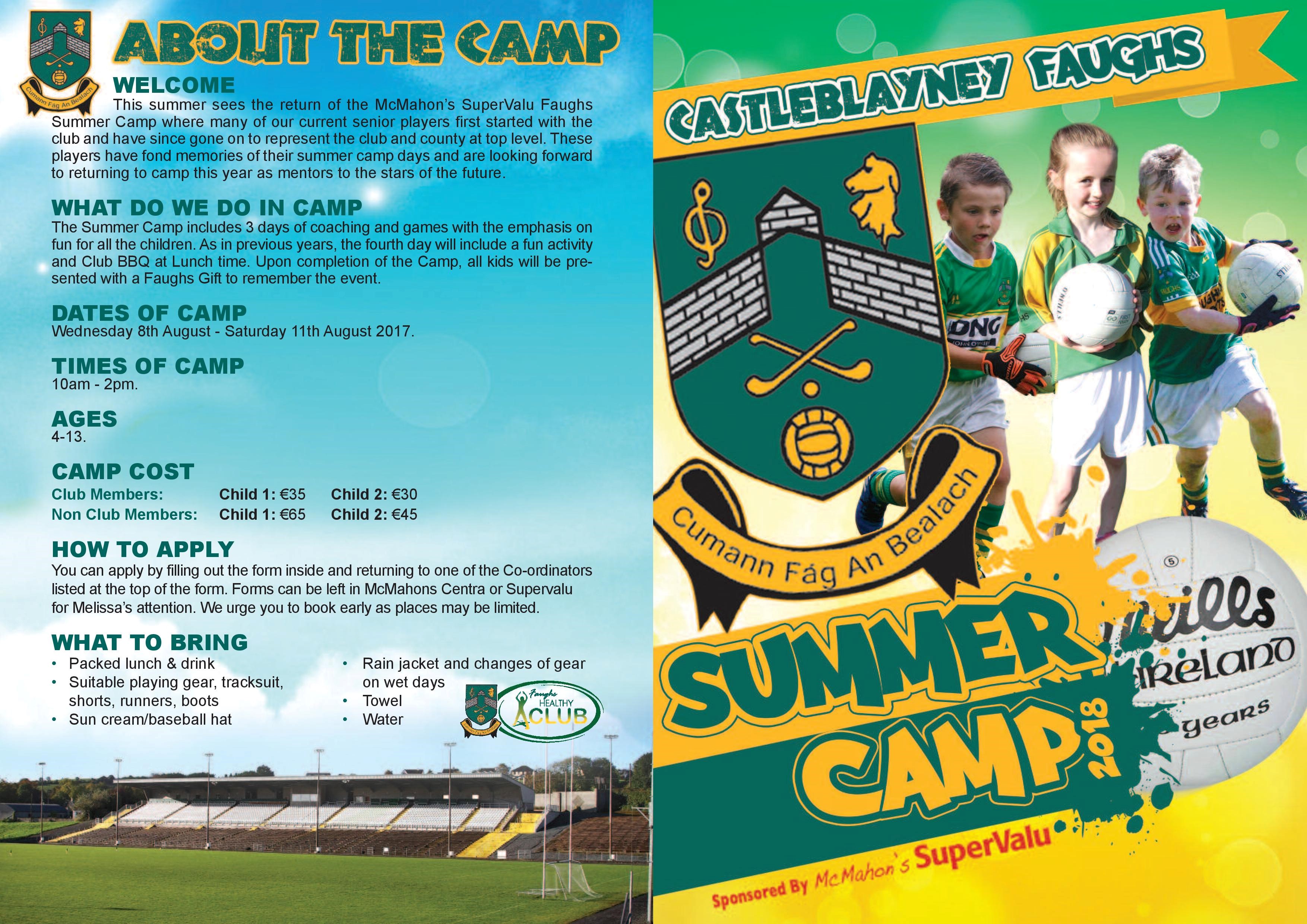 Shoe City Senior Football League Our Senior Team played Inniskeen last Wednesday evening at home is St Marys Park , Inniskeen showed their intent when they scored the opening goal right from the throw in with a second goal coming within the first ten minutes to open up a six point lead , the Faughs worked hard over the remainder of the half to pull that lead back to two by half time .The second half proved to be tight affair with the Faugh getting level before the Grattan’s found the net with ten minutes to go to open up a four point lead but Blayney showed really character over the last ten minutes with goals from Martin Mc Elroy and Patrick Tavey proving decisive .Final Score Faughs 4-12 Inniskeen 3-13 , the results keeps us in third place on the Senior League Table, our next game is against Latton is St Marys Park at 8pm this Saturday night , this is the last of the two point games.

Under 15- The lads had a good win last Thursday night over Clontibret in the Under 15 competition, a result which see them finishing second in the league table, the lads now play Latton at home in St Marys Park on Thursday 2nd of August with a throw in time of 7.15, the winners of this semi final play Clones on Thursday 23rd of August.

Under 14 Ladies The girls played Truagh on Monday night in the semi final of the league , the Faughs went behind early on but managed to work their way back into the game with only four points separating the teams at half time , Truagh started the second half stronger with a couple of goals but the Faughs battled really hard from there to the finish getting the score back to three before the Truagh girls hit the back of the net with the last kick of the game to run out winners by six points.

Under 13 Boys The development team have a home match against Scotstown this Saturday with a throw in time of 2.pm; the senior team are due to play Carrick away on Saturday at 12pm, further details at training this week.

Under 11 Boys– The Under 11 Boys are travelling to the Truagh under 11 Tournament this Saturday, the boys will be going early, and can we ask that parents send a packed lunch with the boys. Details will be communicated during the week.

Under 8 & 10 Girls This Saturday the under 10 girls continue their Summer Blitzes when they travel to Scotstown , the opposition this week will be Scotstown , Truagh and Killeevan, the girls will be leaving the field at 9am.

Under 9 Go Games The boys travel to Clones for an all-County Go Games in Clones, this will take place from 9.30 to 11.30am, time of departure from St Marys Park will be communicated during the week.
Under 7 Boys – The boys travelled the short distance out to Doohamlet where they played in the Go Games last Saturday they played against Oram, Truagh and Carrick, overall they did very well, thanks to Doohamlet for organising.

McMahons Supervalu Faughs Summer Camp Don’t forget that the annual McMahons SuperValu Faughs Summer Camp will commence on Wednesday 8th of August and close on Saturday 11th of August. €35 first child, €30 subsequent children (Club members). For non-club members the cost is €65. You can get forms from McMahons SuperValu, and can be left in store for Melissa’s attention. There is also a registration night on Thursday 2nd August at the football pitch, so please get registered early to secure places and to help us plan!