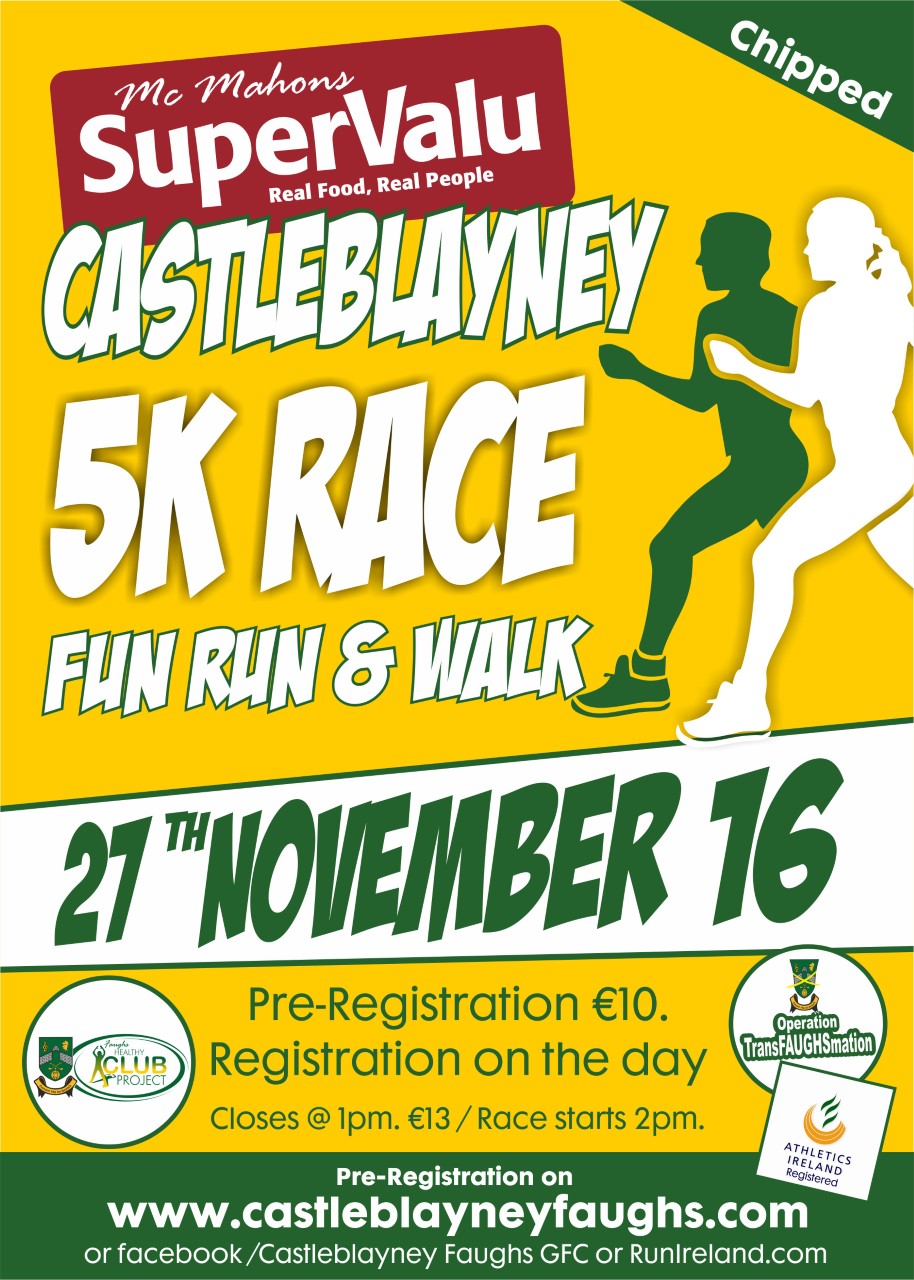 Senior Men: The Senior Team were defeat last Sunday morning by Clontibret. The Faughs opened well with three Dermot Malone points and a Mark Treanor point leaving us four up before Clontibret responded with two points of their own and when Ciaran Hanratty found the net just before half time it left the Faugh up by six points on a score line of Clontibret 0-6 Faughs 1-9. As the old sporting cliché goes “it was a game of two halves” and this game certainly went that way with Clontibret emerging for the second half very focused on getting the two points. A Goal straight after the break for the O’Neills left three points in it and it took another twenty seven minutes before they got the equalizer. With full time up Clontibret scored that vital point to ensure that the two league points, the result now see us enter the last round of league games in third place on nineteen points. Our last league is against Carrick, it is an important game for both sides as a win for the Faughs guarantee a semi final place in the league while a win for Carrick could see them avoid the drop to intermediate, the match is scheduled for St.Marys Park at 2pm on Sunday 23rd of October.

McMahons Supervalu Castleblayney 5km: Sunday 27th, 2pm see the return of the ever popular McMahons Supervalu Castleblayney 5km. We know of at least 200 people who’s training began just over 5 weeks ago! The online registration is now open at http://www.runireland.com/events/castleblayney-supervalu-5km-road-race Register early to take advantage of the special entry fee of €10. The race is fully AAI certified and approved, every participant gets a unique medal for their collection, and refreshments for all will be served in the Glencarn following the race. This is a great day for runners/walkers and the community of Castleblayney, we hope to see ye all there.

Operation TransFAUGHSmation: We are in to Week 6, classes as normal on Tuesday and Friday together with the Couch to 5K training Sunday morning. OPTFM Tom v Jazza 2016 will take place in the Glencarn Shopping Centre on Bank Holiday Saturday at Halloween can we ask that you keep the date free so you can help the group cycle to some much need money for Charity.

50/50: The winner of the 50/50 this week was Josie Marron who won herself the nice tidy sum of €150, tickets will be available in the Shopping Centre on Saturday morning

Minor Girls: Our minor girls have an away game this Sunday in the league. We are still awaiting final detail confirmation, so please watch social media for same.

Under 10 Boys: The lads have been invited to play in the Drumhowan Under 10 Blitz on Saturday 15th of October, the coaches will send out a text on the detail during the week.

Under 13 Boys: The lads took part in the Floodlit tournament in Cloghan on Monday night, after winning their first three pool games they were beaten by a point by Emyvale in the last pool game which meant that they played Donaghmoyne in the Shield Semi Final which they unfortunately lost.

Well Done: This week’s well done goes out to our neighbours Blackhill on their magnificent win in the Junior Championship last weekend when they defeated Sean McDermott by eight points, they have been knocking on the door for the last couple of years and made sure on Sunday that they weren’t going back to the centre empty handed, well done to all concerned players, coaches and supporters. Let’s hope they can go on and do the domestic double and top it off with an Ulster Junior Championship to mark a memorable centenary year. Well Done lads.