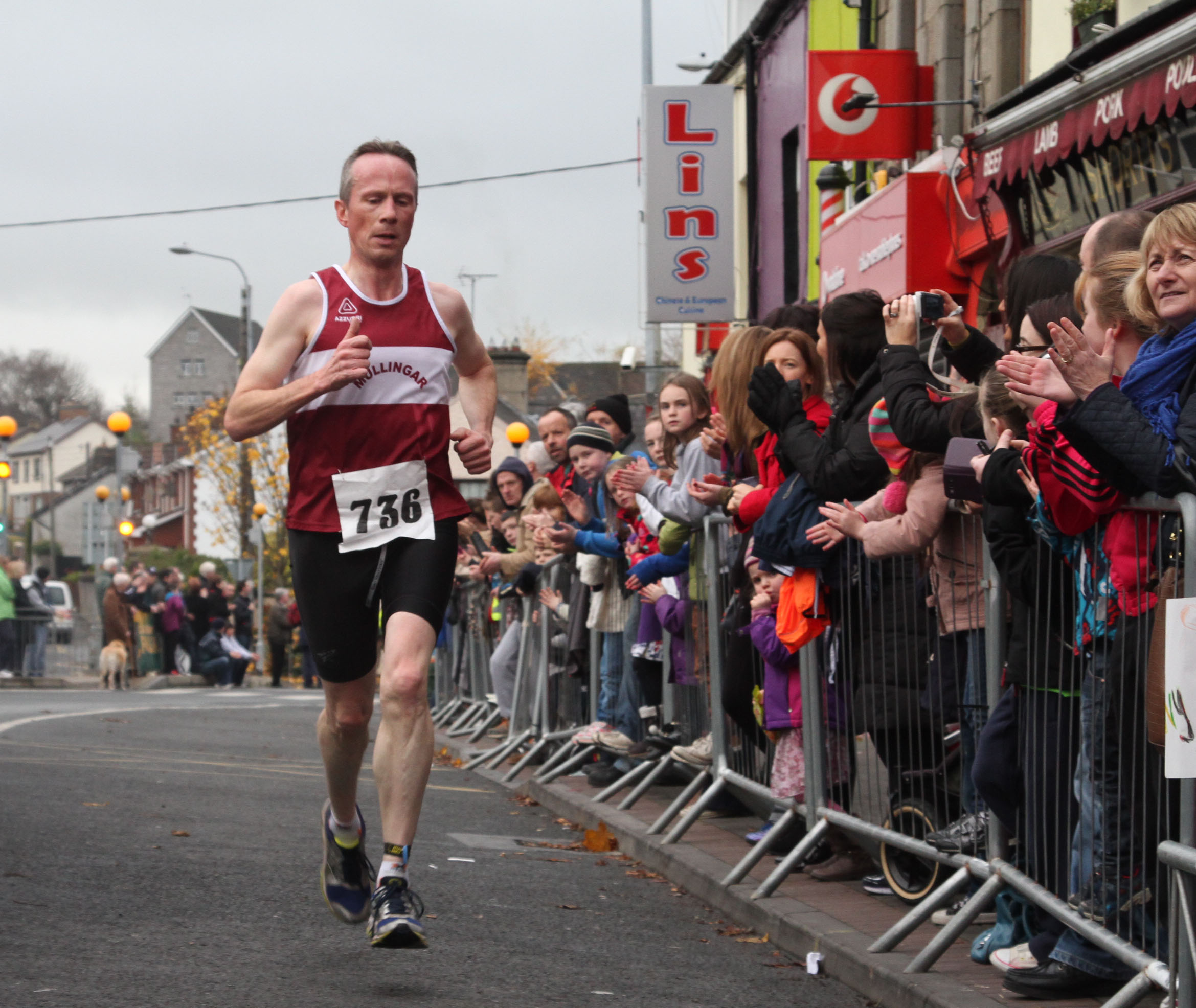 The organisers of the McMahons Supervalu Castleblayney 5K were delight this week as endurance athlete Gerry Duffy signed up to run alongside former Irish International Athlete David Matthews on Sunday the 29th of November at 2pm .Gerry who is a professional speaker and writer on ‘motivation’ and ‘goal setting’, has a sporting CV which has seen him complete some of the hardest endurance challenges on the planet.

Gerry recently launched his third book ‘THE GOAL GETTER- 35 Different ways to Reach Your Goals’ in the last view weeks. It’s a simple book on strategy to achieve any goal whether it’s personal, business related or a sports ambition, with sales going really well over the last few weeks. Gerry’s first two books, Who Dares Runs and Tick Tock Ten both reached the top five in the Irish Best Sellers list and were nominated for Bord Gais Irish ‘Sports Book of the Year. Gerry will be signing copies of his new book and will be available to discuss any of your running queries at the upcoming Castleblayney 5k.

The run will take place on the 29th of November 2015 at 2pm and the race starts near the Glencarn Hotel and heads out the Old Monaghan Road for 2.5k, loops back in the road to finish on Main St. By Monaghan standards this is a fast route. The route will be traffic free and excellently stewarded for runner’s safety and comfort. The race is also chipped to ensure accurate and timely results for all those participating. There will be a group warm up for anybody who wishes, directly before the race.

In 2015 we have an extensive Prize List with €100 for 1st male and female and €50 for 2nd in both with a trophy for 3rd. In addition we have following categories:

Fastest Santa, Fastest Club & also underage prizes for u16 and u14 age groups

Online registration is open through www.runireland.com, entry fee is €10 pre-registration or €13 on the day. There will be cash prizes and novelty prizes including the Fastest Club in the North East and the First Santa Home. Gerry will be joined by a host of local celebrities who are also running. This is a great event, so why not come along and join in one of the last local races before the Christmas.