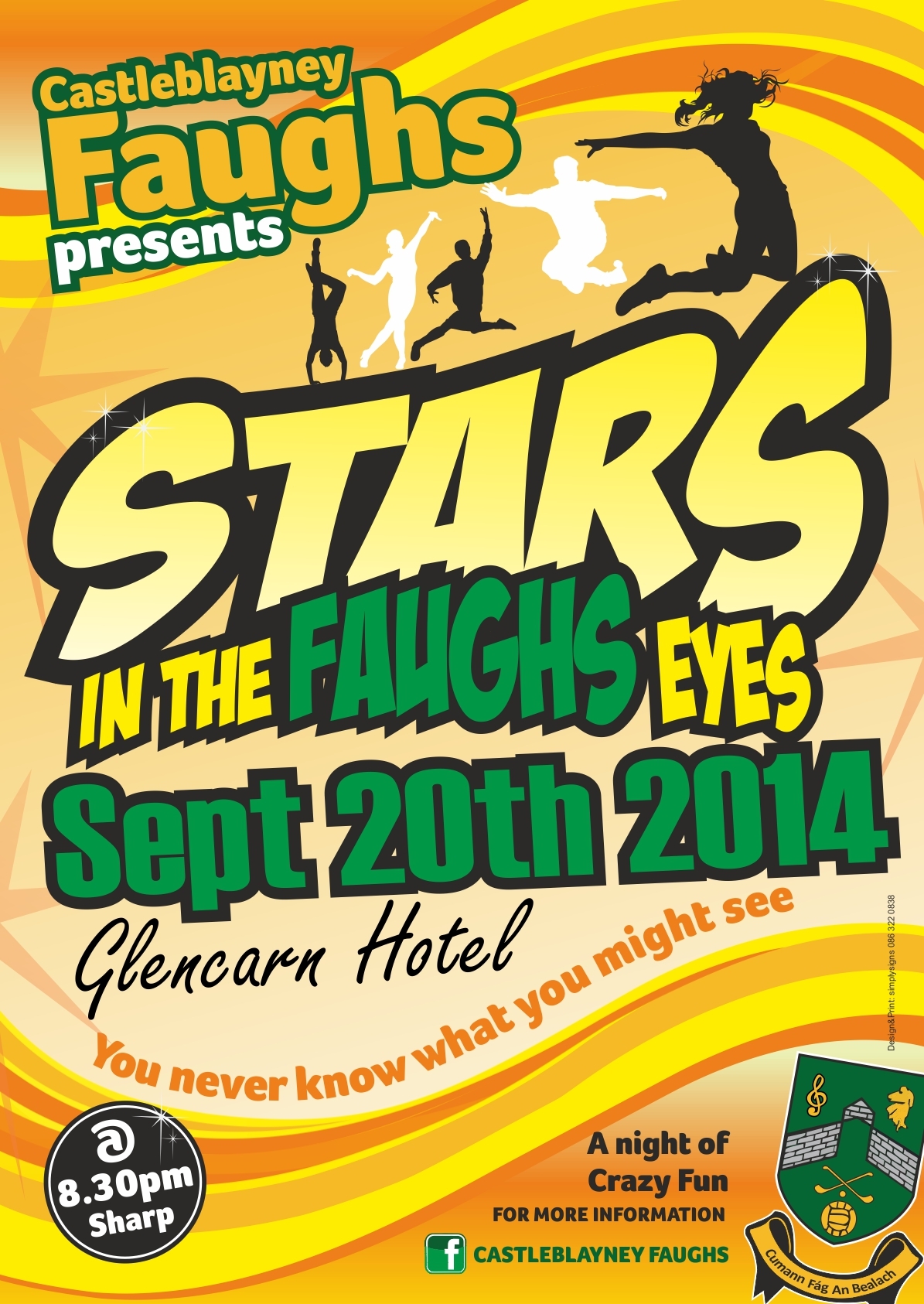 With little over a week to go, the countdown to the very popular Stars in the Faughs Eyes is well and truly on. Last weekend say the official launch of the night at St Marys Park as a number of the performers and acts met for the first time and give them an opportunity to eye up the opposition. With 10 mime acts and 5 live performances confirmed for the night, it is guaranteed to be a great night’s entertainment with laughs a plenty.
Without giving away all of the Acts identities, some well know faces from past Stars in your Eyes, have come back to try and win the elusive Stars in your Eyes title. The veteran of the stage and Hall of Famer, Frank McDonnell is one such act. Over the years Frank has appeared in various acts including Madonna, Dana, Riverdance and Westlife to name just a few. At the launch, Frank said he was delighted to get the chance to grace the Glencarn stage once again and was confident that he would once again take home the top award on the night. Other local acts include Joe and Fred Bishop, who wowed the ground with their Jedward Act in the past, Marc Loughmans Fit4life group, Muckno Mania and Paddy Conlon who has assembled an all-star cast for the night.
In the live section it is shaping up to be a very competitive night with 5 acts taking to the stage to add some real quality to the night. Benny McElroy will be swapping the football boots for the mic while another sharp shooter turned singer will see Ciaran Hanratty against his teammate. A local Ballad group of Jim McHugh, David Connolly and Sandra Clarke will try to topple another group of Jack and Tara Auley.
The audience will be also be treated to two performances from FUSION, a local youth dance and singing troupe, who have put on some brilliant performances in the past and have been busy at work in preparation for the night.
All in all it promises to be a brilliant night of entertainment with plenty of laughs and plenty to entertain with lots of variety on offer. Tickets are selling fast and are available from McMahons Supervalu, Declan Loughman Sports, The Glencarn Hotel and from any Faughs committee person/coach/player. We’d ask as many people support the night as possible in what is the clubs main fundraiser for the year and will support the clubs ongoing development. The show starts at 8.30 sharp with doors open from 7.45 on the 20th September in the Glencarn. More details will be released next week and keep an eye on the Faughs facebook and website for further details.