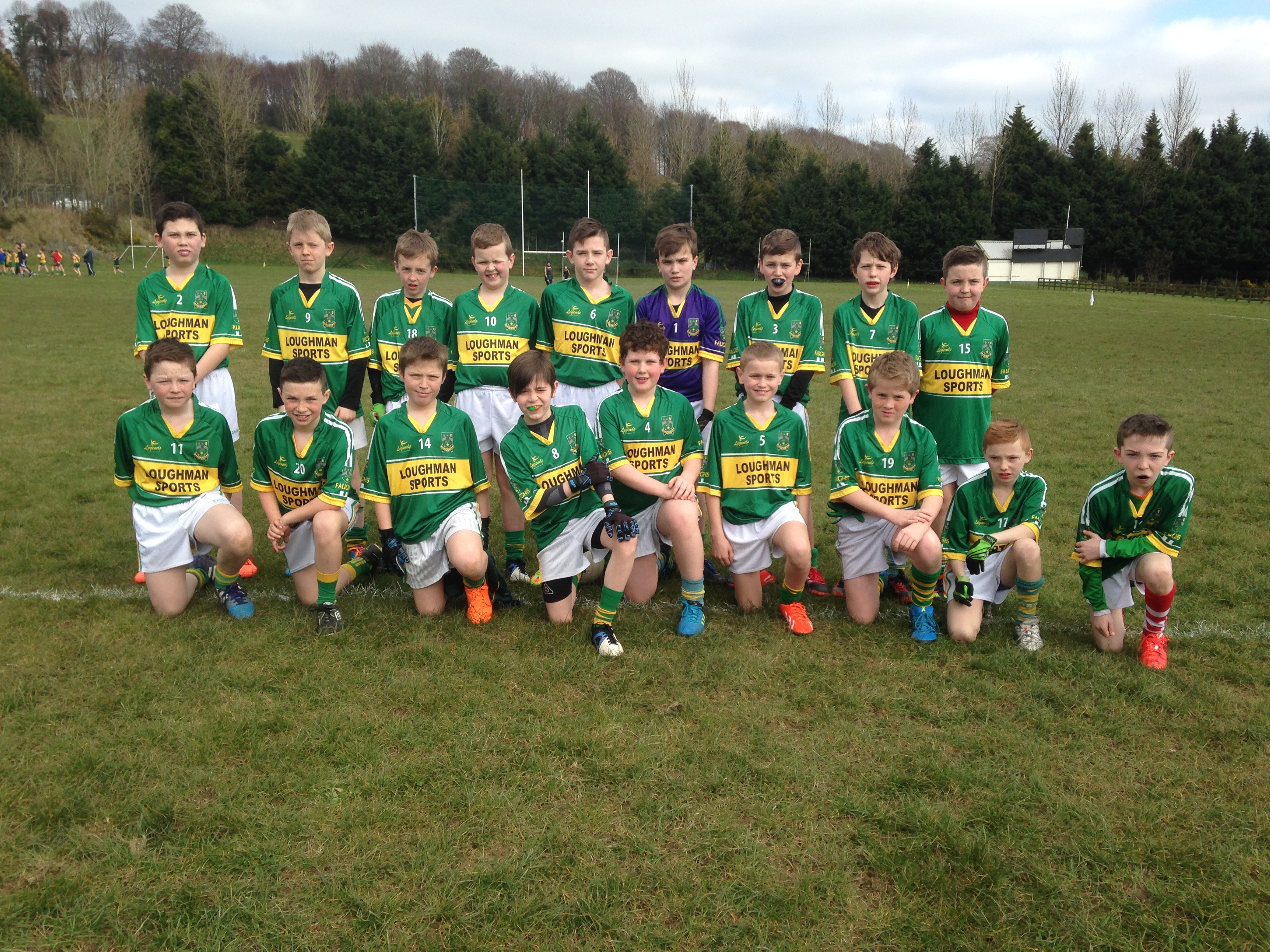 On Saturday the U12 boys senior and development teams took on Monaghan Harps in round 3 of their respective Division 1 and Division 5 competitions.

First up was the Senior U12 Team. The young lads played some excellent football in the first half, but, somehow went in trailing by a point at half time(1-8 to 3-3). The second half began with the Faughs piling on the pressure, hitting 1-6 without reply, to leave the score 2-14 to 3-3. The Harps again found the Faughs net to narrow the gap to 4 points , but some fine build up play by the Faughs resulting in an excellent team goal restored a 7 point advantage which the young lads would not surrender. Final Score Faughs 3-16, Harps 5-6.

Next up was the U12 Development Team. The lads started slowly in the first half, but got better as the half progressed to trail only by a point at half time. The lads started well in the second half, and quickly raced into a 4 point lead. They withstood some late pressure from the Harps with some very good defending, to win a tight game by the bare minimum. Final Score Faughs 2-5 Harps 2-4.