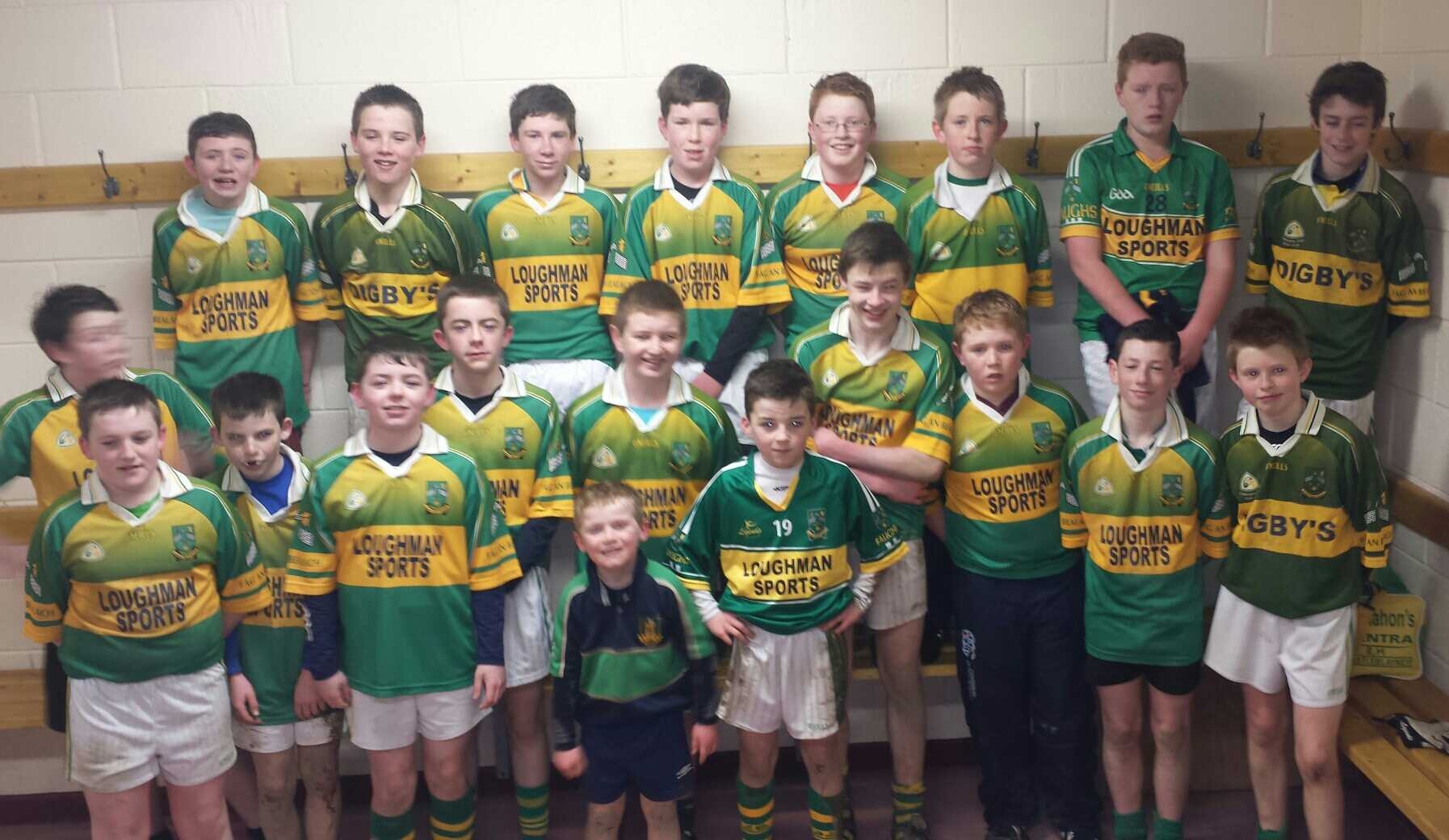 The Boys U14 team opened their 2014 Season with an away match in a very wet and windy Pearse Park Ballybay. Playing with the aid of the gale in the first quarter, the young Blayney lads played some nice direct football and after the opening 15 minutes, had built up an 8 point lead. Blayney started the second quarter very slowly and Ballybay had the ball in the back of the net before the Faughs boys had realised the game had restarted. The goal gave the maroon and white a great lift, and within a few minutes they had leveled the match. The third quarter provided some real quality football from both sides, despite the wintry conditions. Blayney seized the initiative when Conall McHugh finished the ball to the back of the net from a move that started with the Faughs Goalkeeper, Declan Hughes. At the start of the fourth quarter one could only wonder if the five point lead against a gale would be enough to secure the opening win of the season. Thankfullt, this team have all the great characteristics of the good Faughs teams of the past and they showed their skill, determination and commitment as they pushed onto win by twelve points. There we some very solid performance led by Declan Hughes, Rory McGlynn, Stephen Beattie, Conor Devlin and Craig Callan. Well done boys, let’s get back working hard at training this week.