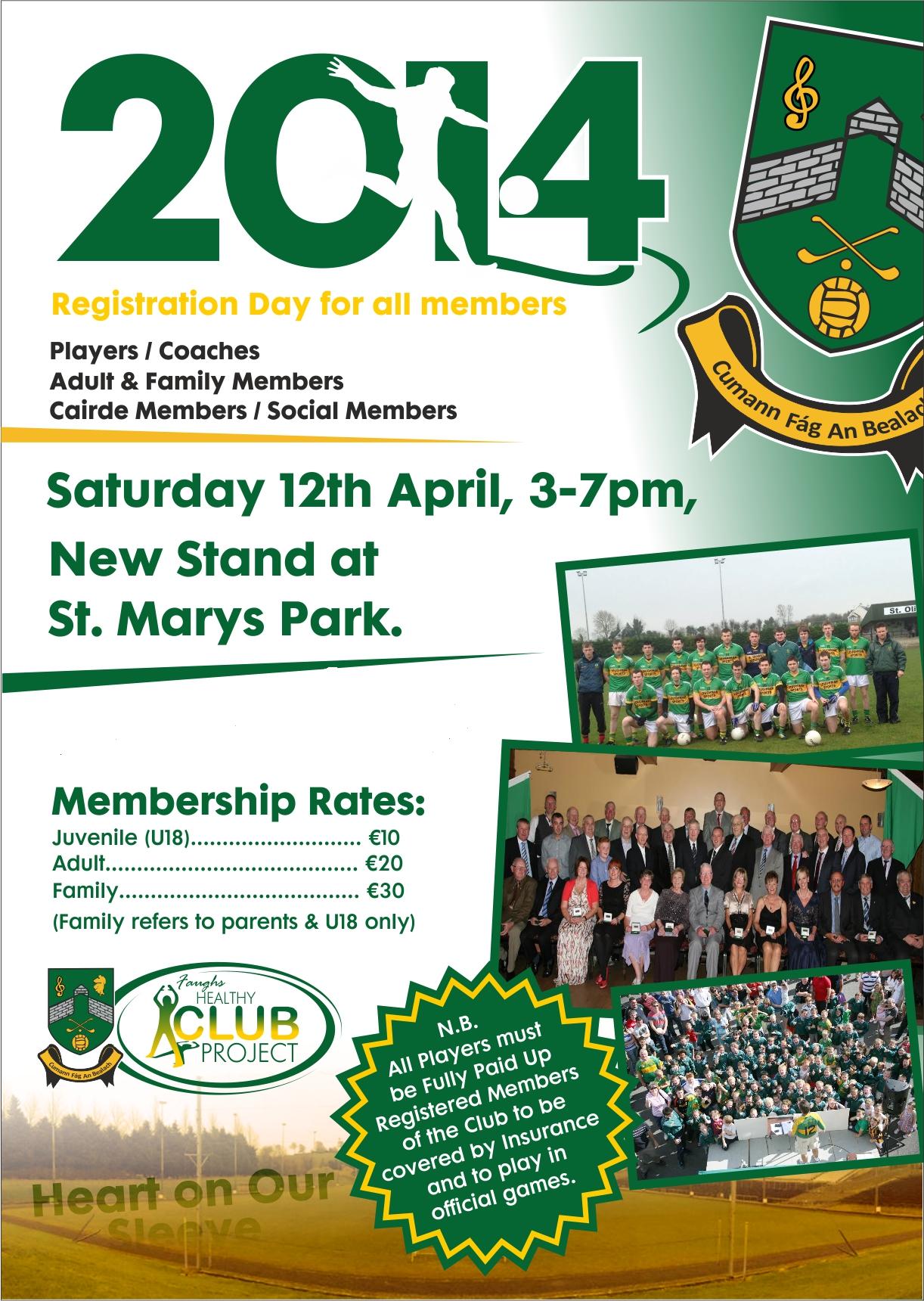 This Saturday, April 12th, we will hold our annual Club registration evening in St. Marys Park. The registration evening will commence at 3pm in the afternoon and will continue right up to 7pm. This leaves Club members the opportunity to pay their membership and then attend the first league match in the new 2,000 covered seated stand. The registration which will take place in the new stand, will also allow club members to ask questions of the various committees about the development and the clubs plans for 2014, while there will be a number of people on site to show the club members around the new stand.

Speaking earlier in the week, Senior Club Chairperson Stephen Dignam pointed out the importance of Club membership. “We are putting a drive on this weekend to get the annual club memberships paid up. The Club membership is a key part of the finance plan, we would like everyone to pay their membership which helps supports the significant cost of running our club. Over the last few years we have seen a great increase in the number of people involved in the club which has been fantastic but with more numbers unfortunately comes more costs. We are trying a new approach which is a one day event for people to come forward and pay their annual membership either as a player, coach, adult or social member. We are also collecting any outstanding Cairde Memberships due for 2014. AS all members are fully aware, in accordance with GAA Rules, only fully paid up members of the Club are covered by Insurance and are entitled to vote at the Club AGM. Therefore, it is in everyone’s interest to make sure that they are paid up members of their own GAA Club. Our membership rates are great value; with Family Membership costing €30, an Adult membership costing €20 while an Juvenile Under 18 costs €10. We hope to see lots of members coming out on Saturday afternoon.”