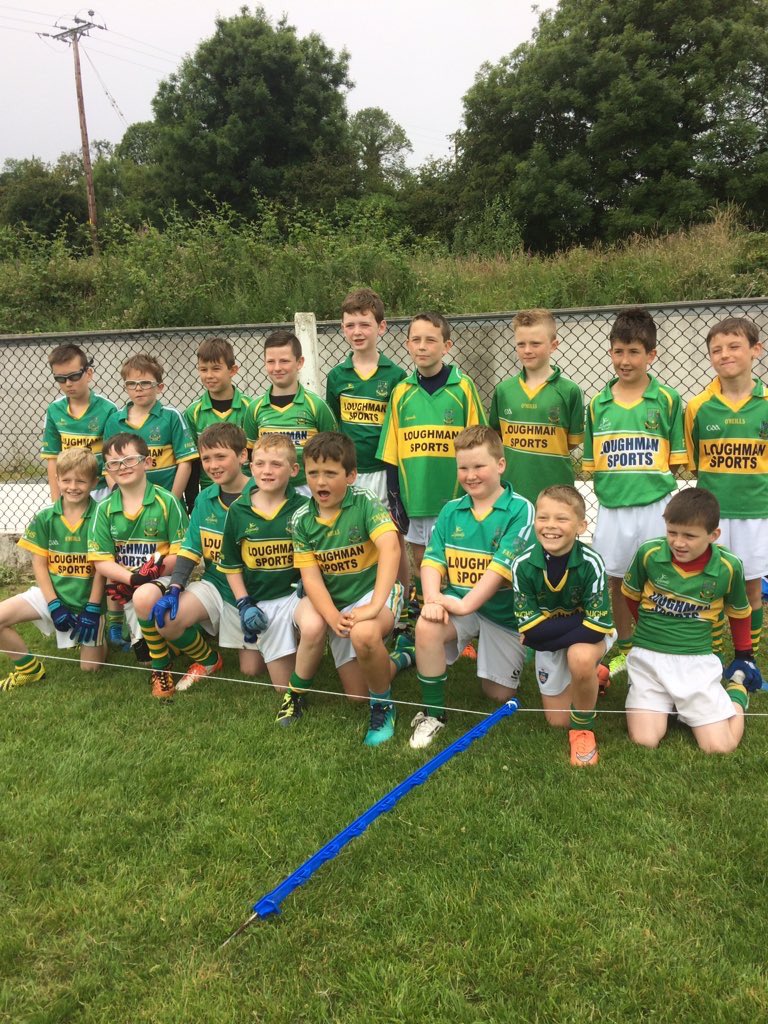 Under 10 Boys: Our U10 boys were split on Saturday past with one set taking part in the Camlough Tournament and the other set taking on our old friends Scotstown in St Marys Park.

The lads at Camlough played some wonderful football and their effort and application bodes well for the future. Indeed they won the tournament with some great skill and no small amount of determination, so well done to all players and mentors for taking home the silverware – this was a great performance.

Back home in St. Marys Park, the Faughs U10 boys fielded two teams to take on Scotstown. The games demonstrated that the great rivalry and friendship between the two clubs that will continue for the next number of generations. The games were tough, competitive and both teams demonstrated their great skill set, so well done to all these young lads . Training continues this Thursday with Go Games in Killanny on Saturday morning at 10am, we will leave from St Marys Park at 9.15.

SFL: On Friday past, the Senior men travelled to take on our old foes, Scotstown. The lads started off brightly with points by Marty and Ciaran before Scotstown registered. There were a few missed chances in the 1st half, nevertheless at halftime the lads were up 0-5 to 0-3. In a game in which the Faughs led from start to finish, Aidan McElroy raised the important green flag in 46th minute. Both teams continued picking off scores, with the match ending on a scoreline of Scotstown 1-8, Faughs 1-11. Next up for our senior men is a league game at home to Killanny this Friday, 7th July @ 8.00pm.

Fun in the Park: Last Saturday we started our Fun in the Park initiative when we went to the Park in Knocktornagh. A very heavy downpour before the start couldn’t put the big crowd of young children off as they played together under the watchful eye of the Faughs Senior Team player and County Star Dermot Malone. Our next Fun in the Park takes place in Crescent Hill on Saturday 15th of July at 4pm. It is open to all children – you do not have to be a regular attender to come along and we would love to see new faces.

Under 8 Boys: Our U-8 boys made the short journey to Cloghan on Saturday past to take part in the GR8 GO Games. We fielded two teams with each team playing 3 matches. The lads showed great skill and composure on the ball. The majority of the matches were evenly balanced with all the players showing great determination, grit and effort. Well done to all the lads – they played with great heart. Training continues this Thursday.

Under 12 Development Team: The Under 12 development had a good run out against a very good Harps side last Saturday. Going into the game both teams topped the table so it was always likely to be a close match and so it proved to be. The Faughs opened well with goals from Max Mc Ginnity and Diarmuid Kelly before the Harps got on the score board and by half time the Faughs were four to the good. The second half was equally as tight with the Faughs a couple to the good with a few minutes left but as often happens a run of goals for the Harps saw them run out winners on a scoreline of Faughs 6-7 Harps 7-9 . This Saturday see the Senior Team play Monaghan Harps at 12am in St Marys Park.

Cuil Camp: This year’s camp starts in St Marys Park on Monday 10th of July for the week , we are encouraging everyone to register early this week on line. Demand is very high this year and the Games Development team are suggesting the best way to guarantee your child’s place is to pre book on line at www.monaghangaa.ie or www.kelloggsculcamps.gaa.ie .

Muckno Mania: This week sees Ireland best festival take place in Castleblayney when Muckno Mania Festival enter its 19th year and it promises all the fun and intrigue we have all come to expect from such an interactive and diverse festival. This year Muckno Mania is a Festival of Fairy Tales! No doubt there will be many Fairy Tales told over the weekend. The four day event that will begin on Thursday 6th of July has become one of the most anticipated annual festivals in the North East. Emphasis on family entertainment and focus on the arts ensure the festival’s success and popularity. The Faughs will be playing a supporting role with the Teddy Bear Picnic at 2.30pm and the Sports Day sponsored by Paul Mc Cormack Solicitors taking place at 3.30pm. Remember to get those magic wings and magic wands out for another brilliant weekend.

County Teams: It’s been a tough few weeks for our County Teams , following on from our Senior men’s defeat to Down ,our ladies relinquished their Ulster Championship Crown to Donegal on Sunday evening. Hopefully their fortunes will improve this Saturday as we travel to Wexford Park to take on Banty’s Wexford. Best of Luck to Dermot and the team.