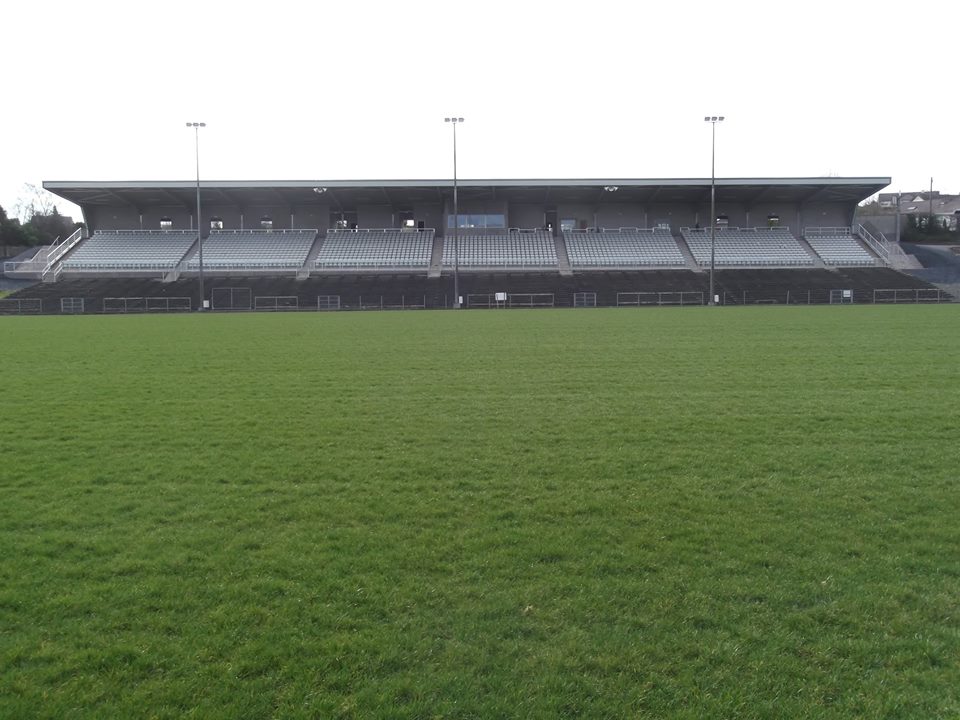 Guest Tea – Last Sunday evening saw the Girls Football Committee hold their inaugural Guest Tea in Iontas and what a success it proved to be. The day itself was very wet and cold but it couldn’t put off over two hundred people from attending the event. The Theatre was transformed into a large tea area with the air filled to the sound of Irish music from Aughnamullen Ceoltas Group. One of the main reasons for running the Guest Tea was to allow people to gather for a chat and a bit of craic and the evening definitely didn’t disappoint on that front with the air filled with lots of chatter and laughter right from the start. Everyone got a great surprise when Eileen McElroy landed into the room with the Monaghan Ladies team fresh from their one point won over All Ireland Champions Cork. The appearance from the team was really appreciated by all within the Club and in fairness to the ladies they stayed to sign autographs, pose for photos and offer whatever advice they could possibly give to our young players. As with any of the Club events, the work that goes in behind the scenes is huge, from the moment the idea was first floated before Christmas the organising committee have been working so hard to make sure that the event was a brilliant success and the fact that this was a new group of people within the Club pulling this event together was even more impressive. A big thank you to all who attended and to the hard working committee who pulled the event together.

Fixtures – This week saw the club received the fixtures for the upcoming Senior League, Reserve League and the Minor Fixtures for the Month of March. Due to a clash with the County Hurlers our first round game versus Inniskeen on March 14th has been postponed, our Reserve team will open their league with a home game on Saturday 7th of March when we host Ballybay with a throw in time of 4:15pm while our Minors will open their league campaign with a home game against Tyholland at 6.30pm on Tuesday the 31st of March

Juvenile Training – Can we ask all parents/guardians to please make sure that their Children have their Gum Shields with them each week; we are also encouraging the Boys and Girls to take their own water bottles with their name on them to every training session and match.

Under 10 Training and Fun Fives – Training is cancelled this Thursday evening for the Under 10 team as the majority of the Boys take part in the Boys School Musical. Last Saturday saw the boys travel yet again to Ballybay to take part in the Fun Fives, they didn’t extremely well with both our team competing really well .We will once again travel to the same venue next Saturday morning leaving at 9am from St.Marys Park and return shortly before 12pm.

Danske Bank MacRory Cup semi-final – This Sunday see the role of big games continue with the Club welcoming the Mac Rory Cup Semi-final to St.Marys Park , the match which is scheduled for a two o clock throw , will see Omagh CBS take on St.Patricks Cavan to see who advances to the final of the Ulster Colleges Senior Competition . We have been advised that the game will attract over 1,500 spectators so if you are available to steward can you please text Melissa to let her know your availability.

National Hurling League – Last Sunday saw the Monaghan senior hurlers continued their positive start under Trevor Hilliard and Kevin Maloney by defeating 2013 Nicky Rackard Cup winners Roscommon by 0-17 to 1-10 in their second-round Allianz National Hurling League Division 3A game in St.Marys Park . A Jerry Fallon goal had Roscommon four points up at half-time, but with Ronan Meegan landing nine points from frees and the likes of Fergal Rafter, Éanna MacSuibhne, Tony Forde and Niall Garland hitting important scores, Monaghan turned that on its head to move to the top of the table, ahead of Tyrone on score difference.

Coaching and Development – As part of the Club Development Programme Monaghan Coaching & Games will be running two Workshops in the coming weeks. The first workshop will be on Skill Development. Here we will focus on 2 key skills, Kicking & the High Catch. The second workshop we will focus on Games for U14 – U16. Any coaches who are involved with teams at these age groups are more than welcome to attend. Details on the workshops are as follows
Workshop 1 “SKILL DEVELOPMENT”, Date: Wednesday the 25th February (Skill Development), Venue: Sean McDermott’s GAA Club, Time: 7.30pm – 9.00pm
Workshop 2 “GAMES FOR U14 – U16″, Date: Wednesday the 4th March (Games for U14 – U16) Venue: Sean McDermotts GAA Club, Time: 7.30pm – 9.00pm

Best of Luck – This week we would like to wish all our young players all the very best as they take to the stage in the Boys Schools production of “Charlie and the Chocolate Factory “on Wednesday, Thursday and Friday at 7.30pm in Our Lady’s Secondary School Concert Hall, if you would like to attend you can purchase a ticket in Declan Loughmans, Centra or Supervalu. Ticket prices are €10 for an adult and €5 for children. We would also like to wish Eddie Kelly and his team from Our Ladys Secondary the best of luck as they play in the Danske Bank MacLarnon Cup semi-final this Saturday – Our Lady’s are playing St Louis, Ballymena in St Pauls Lurgan at 12pm.

Lotto – There was no winner of this weeks jackpot. Numbers drawn 03 09 10 13. Lucky Dip Winners are Gerry O’Connor, Cairde & Mark Conlon, Cairde. Next weeks draw takes place in the Dignams Bar with a jackpot of €7200. Good Luck.