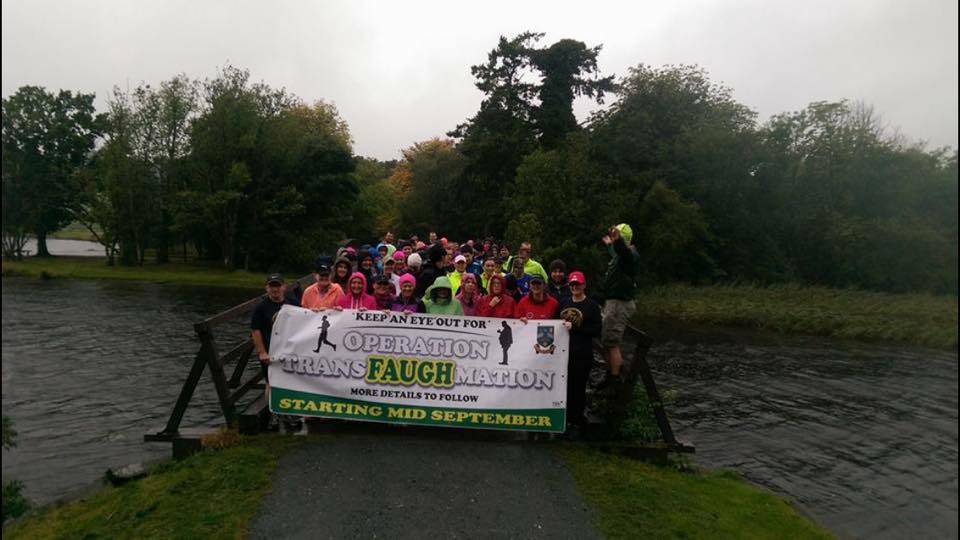 Senior Team: The Senior teams game against Inniskeen was postponed at the weekend and has now been rescheduled for Saturday the 19th of September with a throw in time of 2.30pm. The draw for the Senior Championship took place on Sunday evening we will play the loser of the Clontibret V Ballybay game in the next round on Saturday 26th of September, venues and time yet to be confirmed.

Boys Under 10: The boys travelled to Gowna last Saturday to play in their tournament, they were in a group with Ramour United, Crosslough both from Cavan and Skryne for Meath, they advanced out of the group to play in the shield quarter final but were beaten by Longford Slashers by three points. It was a new experience for this group of young lads who will no doubt benefit from the day. Training now ceases for a few weeks when we will restart the Winter Programme in Mid October

Girls Under 12: The Girls played O Neill Shamrocks last Wednesday evening in St.Marys Park in the Division 1 league Semi Final, they started slowly and took a bit of time to find their feet but when they got going they put in a great performance which demonstrated all the good characteristics of all good Faughs teams as they hustled and harried their opponents to win back the ball, then using skill and movement to create some great scores. At the end they won by 2-8 to 0-6, well done to all involved, training for the final will continue during the week, at the time of printing we don’t know who our Final opponents will be.

Boys Under 11: The Boys are now entered into the prestigious BC Tournament in Emyvale this Saturday 19th of September, training will take place during the week, best of luck boys and enjoy the day.

Boys Under 14: The development team played Monaghan Harps in the shield final last Saturday in Clones, the Harps were quick to start and were coasting after ten minutes when they led by 3-3 to 0-1 but as we have often commented this development team is made of the right stuff and again they demonstrated this as they battle back to within four points at half time. The second half started with another Harps goal but again the Faughs came back and with ten minutes to go the scored an equalizing point, the Harps responded again with another Goal as the excursion of the last week just seemed to catch up on our lads, we fought bravely right to the final whistle but it just wasn’t meant to be our day. Final Score Harps 7-11 Faughs 5-9- Well done to the Faughs lads who showed a great attitude right throughout the year despite been in a very difficult Division.
The senior team had a good away Semi Final victory over Monaghan Harps last Friday evening in terrible weather conditions, they now qualify for the Mason Cup Final which will take place this Wednesday evening at 6.15-pm in Corduff were Carrick will provide the opposition. Can we ask all supporters to travel to watch this young team.

Girls Under 14: The Girls played Latton last Sunday at lunch time in St.Marys Park in the Semi Final of their Championship. The first half was a very even affair with both sides equally matched , a Aoibhean Fitzsimons goal on the stroke of half time put the Faughs up by 1-4 to 0-4 at half time. The second half started with a down pour which made the conditions difficult for both sides and when Latton took the lead with two goals within a couple of minutes it look as if they would run out easy winners but the Faughs rallied again and with two minutes to go cut the deficit to two points but with Blayney applying huge pressure to get an equalizer , Latton managed to pick them off with two good points to win by four. This was a great contest played by two evenly matched teams, well done to our young ladies who showed great heart and spirit right throughout the game and indeed the season, also a big thanks you to the Managers, Mickey, Darren, Brendan and Fiona.

Minor Girls: The Girls had another good victory on Sunday evening when they played Seans, we struggled to get to the pace of the game in the first half but a big improvement after the break saw us step up a level to emerge victorious on a score line of Faughs 4-8 Sean’s 0-6 , best on the night for the Girls was Kim Owens, Arleen Leonard and Sheena McKenna, we are down now to play Killeevan on Sunday the 20th of September at 7pm.

Operation TransFAUGHSmation: Last Friday evening would have tested anybodies commitment to OPTFM but we were delighted to see so many people turn up in the lashing rain to complete the walk around the Black Island, Sunday morning was a lovely morning for the huge crowd that went on the hike around Mullyash, the walk which was over 7K long proved a great opportunity for people to mix and socialise. On Tuesday evening we will have the first of the circuit’s classes which will no doubt be tough but also very enjoyable, followed by boot camp on Friday evening.