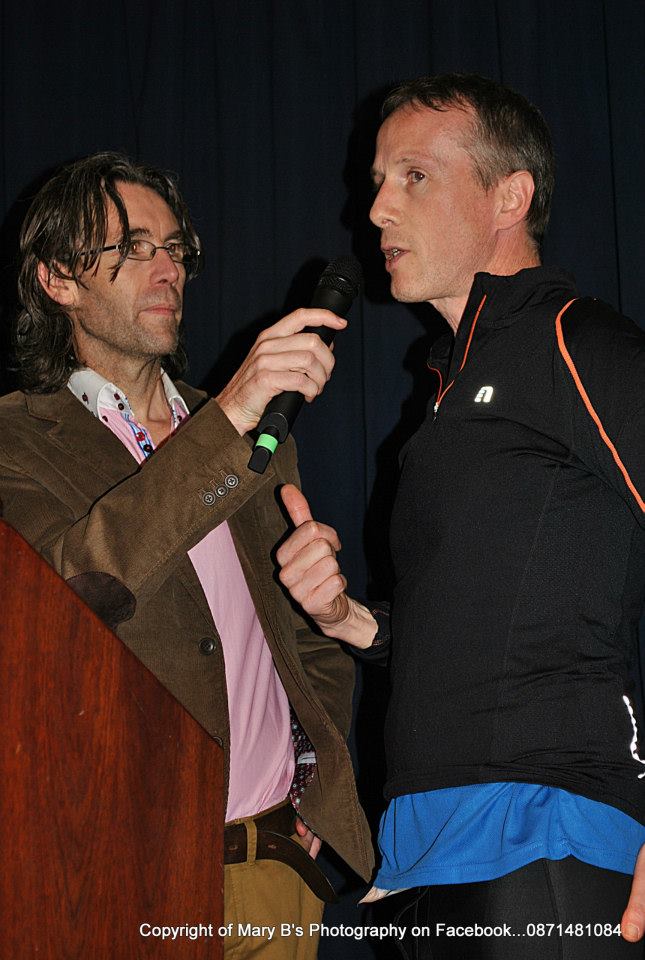 The organisers of the Supervalu Castleblayney 5K were delight this week as endurance athlete Gerry Duffy signed up to run again for the McMahons Supervalu Castleblayney 5K on Sunday the 30th of November. Gerry who just back from America following a series of professional speaking engagements has been extremely busy in the last year with both his public speaking and his “Goal Setting“ courses. Indeed Gerry is just putting the final touches to a new book which will appear on the shelves in early 2015. The book will have over forty of Gerry’s own personal stories, which will outline his own philosophies. Gerry will also be on our TV screens before Christmas when RTE 2 will show “Marathon Men” – the film about the 32 Marathon Challenge which Gerry and Ken Whitelaw completed back in 2010.
A relative late-comer to running, Gerry started training at the age of 27 because he had to lose 3.5 stone. He says that running not only gives him physical stamina, but also mental fitness. One of life’s most positive people, he believes that any goal, no matter how ambitious, is achieved in stages. Gerry who was speaking during the week expressed his delight at been able to come back to Castleblayney “I have been a great fan of the Operation TransFAUGHSmation programme, this is a real community initiative which real does make a positive impact on people lives, the fact that it finishes with so many of the participants finishing the 5K Walk/Run is a credit not alone to the those people but also to motivational powers of the leaders” Gerry is also a big fan of the Supervalu Castleblayney 5K “This is a special race for me , it gives me a chance to meet up with lots of people that I have got to know in Castleblayney over the years, it is one of the best organised events that I attend during the year , the atmosphere is always great and the talk afterwards in the Glencarn is very interesting”. Gerry will be on hand on the day of the race to discuss many topic with his now very large following in the Monaghan area.

The McMahons Supervalu Castleblayney 5 k takes place on Sunday 30th of November at 2pm. Online registration is open through www.runireland.com or www.CastleblayneyFaughs.com . Entry fee is €10 pre-registration or €13 on the day. Gerry will be joined on the day by National Fitness guru Pat Divilly form Divilly Fitness on stage for a question and answer session on the stage after the race .Why not come along for what is always a great afternoon.