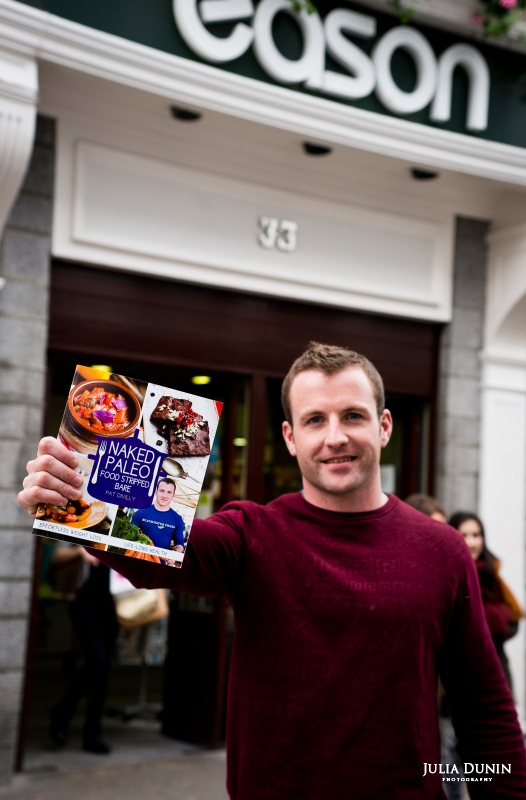 The organisers of the McMahons Supervalu 5K were delighted this week as National fitness expert Pat Divilly confirmed his attendance at their annual race on Sunday the 30th of November at 2pm.
Pat who hails from Barna, County Galway is regarded as one of the countries top experts in physical fitness and is also widely renowned for his motivational talks to a wide variety of groups ranging from fitness clubs through to some of the top Blue chip corporations in the world. Pat’s expertise also extents to nutrition and he has just recently completed his second book called Naked Paleo which looks at the impact of food on weight loss and longer living. Pat can regularly be heard on RTE 1 Radio on the Sean O Rourke Show where he gives advice on fitness and diet, Pat is also a regular TV contributor on fitness on both RTE and TV3. Divilly Fitness also has a huge social media following with over 120,000 follows on Facebook who regularly tune in to watch Pat ‘s tutorial fitness class.
Pat expressed his delight at been available for the run, “I have heard about Operation TransFAUGHSmation through reading some articles last year in FIT magazine and also through Deca man Gerry Duffy. Pat continued “we have seen over the last number of years of the recession how the daily pressures of normal everyday life can take its toll on people’s mental health and programmes such as Operation TransFAUGHSmation help people both physically and mentally but also help develop great community spirit which is so important us all. I am really looking forward to the day and from what Gerry Duffy has told me this is a great event , you never know I might even get a cross the line in front of him!” Pat who has recently been nominated for one of Ireland’s best entrepreneurs is working through an extremely busy schedule which has him traveling the country promoting his new book Naked Paleo as well as attending a number of high profile speaking engagements , Pat will be selling and signing copies of Naked Paleo on the day of the race.
The Mc Mahon’s Supervalu Castleblayney 5 km run takes place on Sunday 30th of November at 2pm. Online registration is open through www.runireland.com or www.CastleblayneyFaughs.com. Entry fee is €10 pre-registration or €13 on the day. There will be cash prizes and novelty prizes including the Fastest Club in the North East. Pat will be joined by a host of local celebrities who are also running. This is a great event, why not come along and join in one of the last local races before the Christmas Turkey!