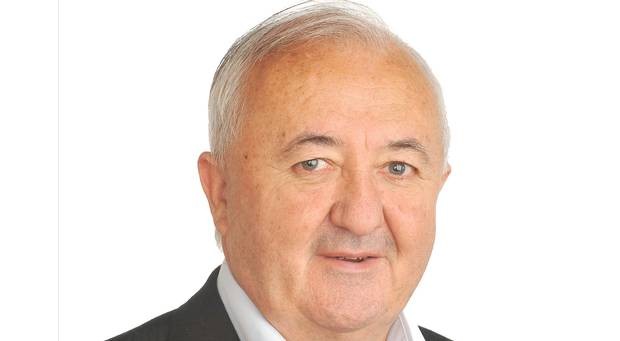 The Castleblayney 5K continues to attract more interest from people on the National Stage and the organisers were thrilled on Friday evening when the Godfather of Irish Athletic Frank Greally confirmed that he would attend this year’s event which takes place this Sunday at 2pm.

Frank who is an accomplished runner s till holds the national junior 10,000 meters record of 30 minutes 17 seconds, set in Santry Stadium in 1970. Editor of Irish Runner magazine since 1981, Franks is passionate about all things running related. He writes a weekly column on running in the Irish Independent/FIT magazine and also acts as PR & Promotion Consultant to a number of mass participation running events and he is known for his delivery at talks on running and fitness to corporate audience’s. Franks has covered each Olympic Games since 1992 for national media – print, radio and TV. He also hosts the Running Forum at the Airtricity Dublin Marathon Runner’s Expo, Main Hall, RDS, Dublin each year and for many years, was M.C for start of the Women’s Mini-Marathon. Frank is a regular speaker at Running Forums and has conducted public on-stage interviews with Sir Roger Bannister, Eamonn Coghlan, John Treacy, Sonia O’Sullivan, Catherina McKiernan and numerous other athletics icons. This Sunday the roles will be reversed when Frank will be interview by local Athlete Aidan Campbell in the Glencarn Hotel after the 5K Walk/Run.

The chipped race will commence at 2pm sharp with registration online at €10 or on the day for €13. There will also be plenty of free parking near registration which will be signposted on the day.
There will be an extensive Prize List with €100 for 1st male and female and €50 for 2nd in both. In addition we have following categories – Over 40’s, Over 50’s, Fastest Santa, Fastest Club and also underage prizes for U16 and U14 age groups.

Registration is available online at www.castleblayneyfaughs.com or www.runireland.com, so please dust down the runners and join us in Castleblayney for one of the last races of the season.