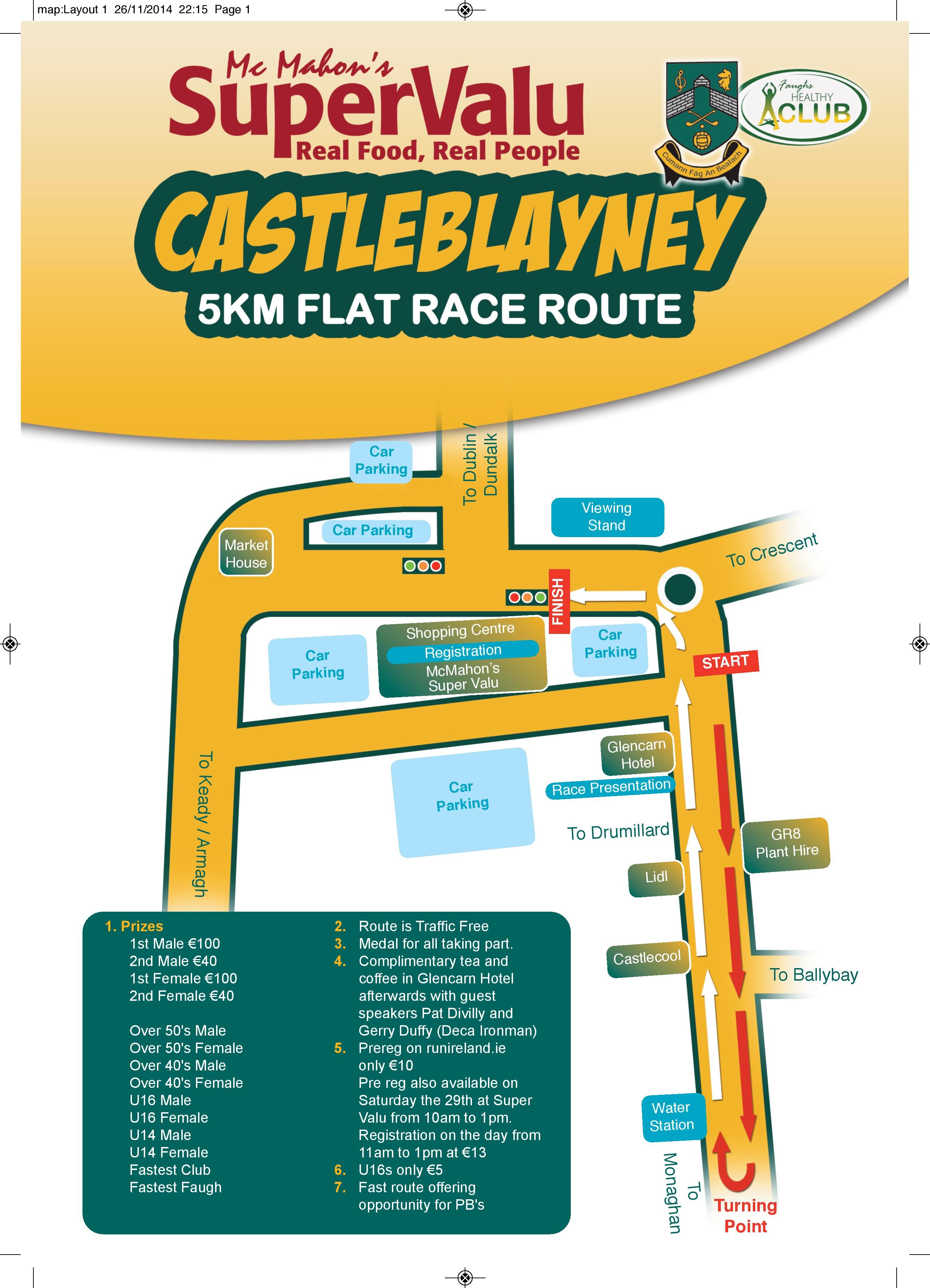 This weekend sees the athletics action move to Castleblayney for the McMahons Supervalu Castleblayney 5K, with a large number of people pre-registered for the popular race the event organiser are hopeful that the day will attract a large crowd from all around the North East. The race is AAI certified on an approved course which is run on closed roads; the course always records quick times with 2013 winner Patrick Hamilton covering the distance in 15’19”, defending Champion Conor Duffy was just 4 seconds outside that time as he cruised to victory in the 2014 race while the quickest female in 2014 was Olivia Martins from the Bohermeen Club in 19”30. There are cash prizes on offer for the first and second male/female while there will also be a number of category prizes on the day.

This year’s special guests will double Olympian and current Irish men’s 800 metre record holder David Matthews, at his favoured 800 metre distance, he won consecutive national titles outdoors in 1994–95–96–97 and indoors in 1993–94–95, He won the bronze medal at the 1993 European Junior Championships, reached the semi final of the 1996 Olympics and the heats of the 2000 Olympics. Matthews is the current Irish record holder at 800m with a time of 1:44.82, which was set in Rieti, Italy, on Sept 5th 1995 and he also held the Irish record for the quickest 1000 m outdoors. David will also be joined on the day by local athlete Tony Ward who also has had the distinction of representing his country in the World Cross Country Championships in 2001 where he achieved a bronze medal. Gerry Duffy a regular visitor to the Castleblayney 5K will also be on hand to answer any questions from the athletes while signing his new book “THE GOAL GETTER- 35 Different ways to Reach Your Goals’
Presentation of medals will happen directly after the race as you run across the line. All participants and their families are invited back to the Glencarn Hotel for tea and sandwiches to listen to the questions and answer session with our guests.

The chipped race will commence at 2pm sharp with registration online at €10 or on the day for €13. There will also be plenty of free parking near registration which will be signposted on the day.

There will be an extensive Prize List with €100 for 1st male and female and €50 for 2nd in both with a trophy for 3rd. In addition we have following categories

Over 40’s , Over 50’s Fastest Santa, Fastest Club and also underage prizes for u16 and u14 age groups.
Registration is available online at www.castleblayneyfaughs.com or www.Runireland.com, so please dust down the runners and join us in Castleblayney for one of the last races of the season.