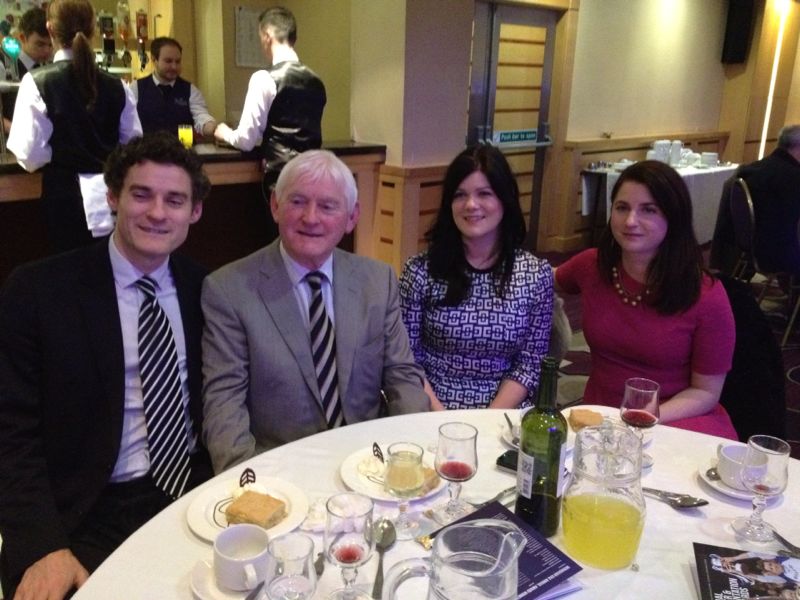 Tony Carville is inducted into the Co Monaghan CLG Hall of Fame in recognition of his major contribution to Gaelic Football in County Monaghan, in a playing career that spanned twenty years. Tony personified all that is good in Gaelic Games. His dedication to Gaelic football at club and county level coupled with his skill, talent and the highest level of sportsmanship made him one of Monaghan’s outstanding players of the 1960s and a true gentleman of the game. He won minor championship and League medals in 1955 and a minor championship medal in 1958 before he progressed to the Castleblayney senior team. With Castleblayney Faughs he won ten senior championship medals between 1963 and 1976 and six senior League medals between 1961 and 1974. With Castleblayney he also won a Ward Cup medal in 1960 and a Hackett Cup medal in 1962. In 1963 he captained Castleblayney Faughs to the first of their famous five-a-row championship victories. As well as having played county minor football, Tony moved seamlessly into the County Senior ranks winning an Ulster Junior Championship medal with Monaghan in 1961 playing at full back and making his Ulster Senior Championship debut that same year. Full back was the position he was to regularly occupy over most of the decade with the Monaghan and one which had also made his own with Castleblayney.