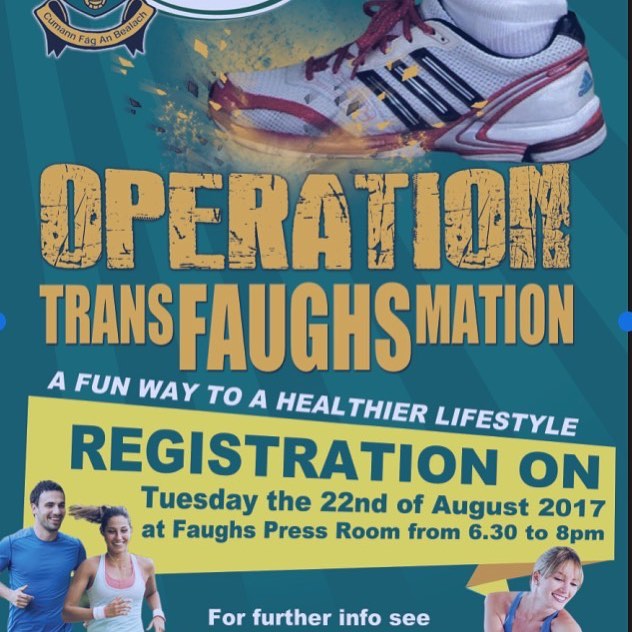 Senior Championship: In a closely fought encounter, our senior men went down by two points against Ballybay in the Greenfield Foods Senior Football Championship.

Played in perfect conditions at Clontibret on Saturday evening past, the lads found themselves three points down within seven minutes. The Faughs then turned it around and raced into five point lead helped with a major by Ciaran Hanratty. Ballybay then levelled the match with five points in a row, leaving the half time score Faughs 1-7, Ballybay 0-10. It was nip and tuck in the second half with Ballybay just edging the play before a Dermot Malone major put Castleblayney in front by a point with thirteen minutes of play left. Ballybay then came back and by the end of normal time were three points to the good. Despite a valiant effort to get back into the game a Davy McMahon point was the only score in injury time leaving the final score Castleblayney 2-10, Ballybay 0-18.
All thoughts and effort now turn to this Sunday (20th August) in Aughnamullen at 1.15pm where the team take on Killanny in Rd 1B of the Senior Football Championship. Minor Boys: Our minor boys put in a good display in the Div1 Semi-Final but came up short against a strong Carrick team. The lads were leading at half time on a score of 0-12 to 0-05. Unfortunately a strong 2nd half showing from Carrick made the final score Faughs 1-16, Carrick 3-13.
Thoughts now turn to the minors who will be playing in the Div2 final next Tuesday against Monaghan Harps at 6.45pm in Drumhowan. Well done: This week’s well done goes to all of the boys and girls who made attended our annual McMahons SuperValu Faughs Summer Camp. In ideal conditions, over 200 players give their all to make the Camp a memorable one. There were lots of activities to keep the children active and engaged throughout the camp. On Saturday the chilren went to see a film in Iontas followed by a BBQ and award ceremony at the pitch. Particular well done to our junior camp members who all showed great sporting skills and teamwork throughout the 4 days.
Big thanks to McMahons SuperValu for yet again sponsoring the Camp. The team is back again organising the event for next year!
A special mention to the older boys and girls who played with great passion and gave their all during the Street Leagues, showcasing their considerable football skill – the future is definitely bright!

We cannot miss giving a big thank you to all of our juvenile coaches who helped out at the camp – without them the camp would not be nearly the success it currently is.

Good Luck: Best wishes and good luck to our minor boys who take on Monaghan Harps in the Div2 League final on Tuesday (22nd August) at 6.45pm in Drumhowan.

Respect: With the Juvenile Season now turning to the semi-final and finals stage the intensity and emotion will duly rise, can we ask that all GAA Patrons attending games involving our Club remember that these are children’s matches and with children playing as well as refereeing, the coaches are volunteers, the future of our club depends on all of us developing the youth so we ask that any verbal contributions that you make are positive and supportive.