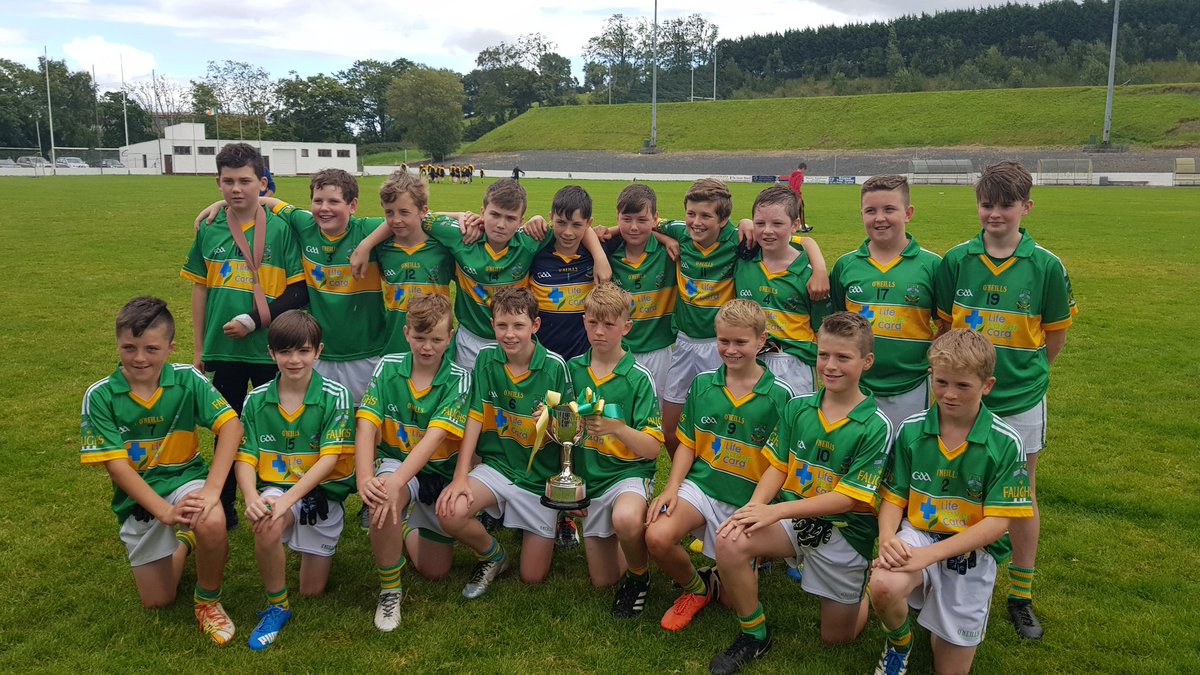 U14 Boys: Our U14 boys had a fantastic win in the Manor Farm Football Championship Div5 Final on Monday past with a 1-12 to 1-05 win over Monaghan Harps.

There was only a score in it at halftime with the Faughs in front 0-5 to 0-2. In the 2nd half the lads pulled away to leave 7 points at the full-time whistle. In an entertaining and keenly contested final, the lads played some great football and fully deserved the win. Well done to the boys and all of the coaches and mentors associated with the team!

U12 Girls: Our U12 girls travelled to Clontibret last Friday evening to play ONeill Shamrocks in the first round of the championship and played some delightful football. With an impressive win they now play Carrickmacross at home this Friday night at 7pm. Please come out and support these young players.

Faughs Summer Camp: Our annual McMahons Centra Faughs Summer Camp takes place on the 9th-12th August. This promises to be a great event for the children from around our community and beyond and should be the best ever!

Senior Men Greenfield Foods Senior Football Championship: our quest to regain the Mick Duffy Cup gets underway this weekend when we go up against Ballybay in Clontibret on Saturday 12th August at 7.00pm. This should be a keenly fought contest so let’s get behind Alan and all of the players and support our senior men.

Well done: This week’s well done goes to our U14 boys team on winning the silverware in the Div5 Championship final – a great achievement.

Well done to the hurlers who regained the SHC county title on Sunday past when they dethroned Inniskeen in a keenly contested final at Clontibret.