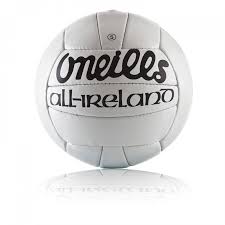 Ladies Championship Final: The ladies took to the field in Inniskeen last Friday night in their first ever championship final. They were up against what looked on paper to be a strong St. Brigids side (an amalgamation between Ballybay and Drumhowan). In good footballing conditions, the girls did not get of to the best start and were soon 7 down. In fairness St. Brigids had a lot of procession and missed several scoring chances but this ‘blayney team does not know when its beaten and in great style turned the tables and went in at half time 4 points to the good, 3-04 to 2-02. As with a lot of games, goals count and it was a real goal-fest in the second half with St. Brigids getting of to a strong start with some quick goals. Our girls did their utmost to stay with St. Brigids, but it was a little too far against this time around. St. Brigids ran out winners on a scoreline St. Brigids 7-04, Faughs 3-09. Although the result went against us, the girls can take heart from their exploits in the championship this season and look forward to many days out in the coming years. Well done to everyone involved in getting to their first ever championship final – lets hope the ladies can go one better next year.

Senior Men SFC: We took on close neighbours Doohamlet in Round 1B of the Senior Championship on Saturday past. Despite the sunny conditions there was a strong wind which we had on our backs in the first half. We dominated the first half and with the help of goal from Benny we went in at half time 1-08 to 0-04 up. Doohamlet started the second half strongly and scored a quick goal and a few points to bring it back to a 2-point game. This set the scene for a topsy-turvy second half in which the Faughs went a few points up only to let Doohamlet back into it. Despite some nervous moments and going down to 14 men near the end of the match we got over the line in typical championship style on a scoreline of Faughs 2-15, Doohamlet 2-12.

In the draw for Round 2B we now meet Latton on Sunday 15th September, venue TBD, but before that we have a home league game with Carrick this coming Sunday, throw-in 3.30pm

Girls U16: The girls put on a great display to win the cup against a strong Donaghmoyne team. Full report in next weeks Notes.

This successful 12 week fitness programme is designed by people with fitness expertise who are aiming to increase our community’s health awareness.

The aim of this programme is to help our community to enjoy becoming healthier this Autumn, by offering a broad and exciting range of events aimed at providing all the tools to achieve personal lifestyle goals

Again this year, the programme will culminate in a sponsored 5km FUN run/walk, the proceeds of which will go to various charities.

U19 Boys: Unfortunately our U19 boys went down against a strong Scotstown team in the League Final played recently in Cloghan. Leading at half time, the lads failed to reproduce the same form in the second half and Scotstown began to control the more. Congratulations to Eddie and all of his team for getting this far.