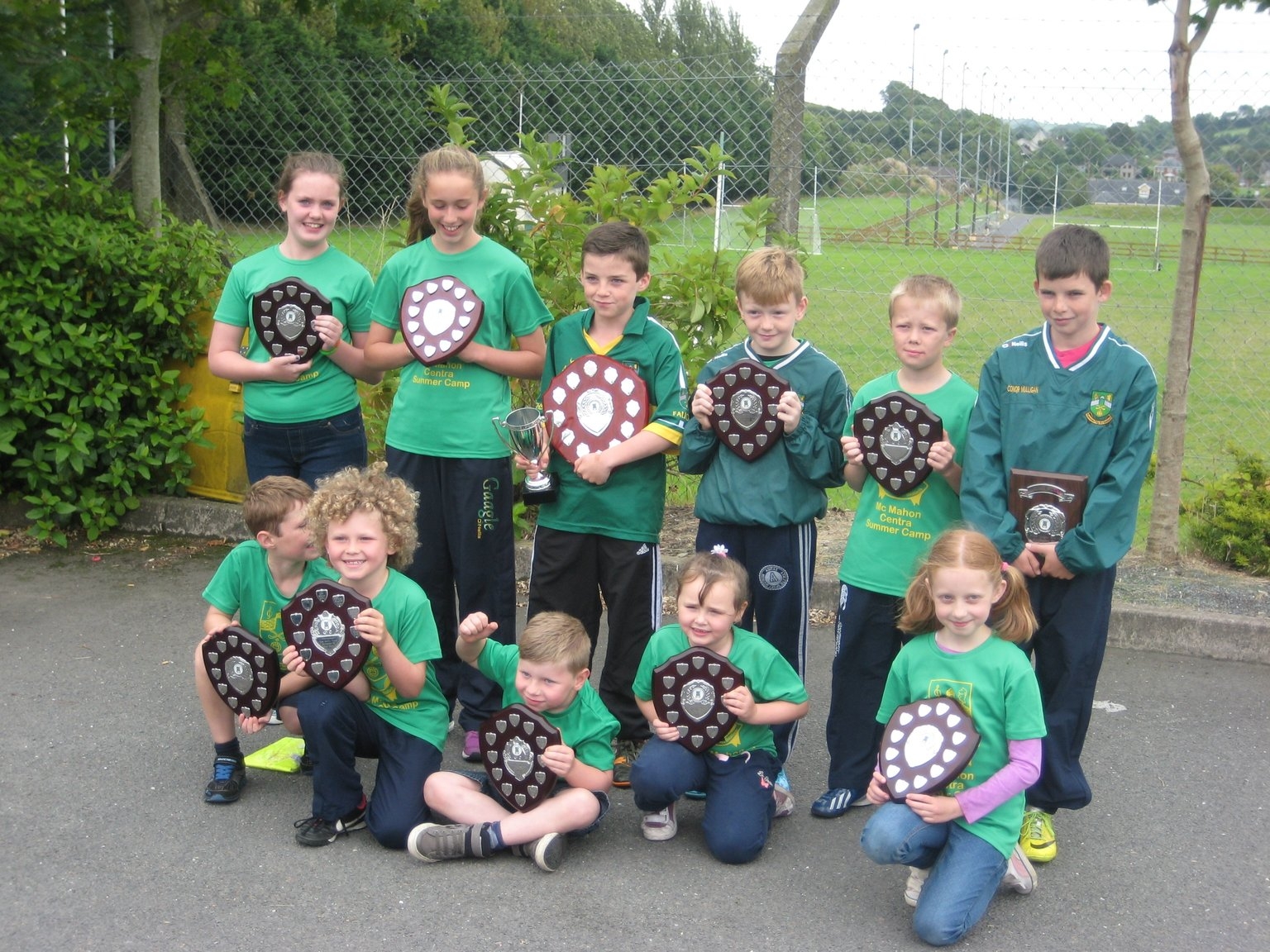 Last week saw the Castleblayney Faughs hold the McMahons Centra Summer Camp, which yet again proved to be another major success with over 160 excited children taking part. The Clubs annual Summer Camp which caters for Children aged from 4 to 12years has developed over the last number of years, into a brilliant event were children from all round the area come together to have fun, learn new skills and meet new friends.
When the gates of St. Marys Park opened shortly after 9.30am on Wednesday morning, the air was quickly filled with the sound of laughter and noise as the children were divided into groups according to age. The Faughs had an impressive team of volunteers and coaches organising the summer camp with over forty adults helping out each day in events ranging from an egg and spoon race to water slides with footballs, indeed all the games were designed to help children’s basic coordination and improve their basic football skills.
Friday afternoon saw the Club run off the Finals of this Summers Street League Competition, which had been running for a number of weeks before the Camp. The winners of this year’s street league were Muckno Street captained by Conall McHugh, while Jodie McQuillan captained Monaghan, winning the girls competition.
Saturday morning was an early start as the children headed off to the Cinema leaving a small army of adults to set about transforming Castleblayney College into a large Bar-B-Que venue. Former County Players Eddie Murphy, Stephen McGinnity and Paul O’Connor addressed those present and encouraged the club to keep the focus on building from the base up. Through a question and answers session, the three boys give some excellent advice to the future Faughs stars. They congratulated them on the success of the camp and then presented the merit awards to the children, which were all sponsored by local people and companies. Speaking after the event, Faughs Juvenile Chairperson, Brian Sherry was delighted with the week saying “The Summer Camp is the highlight of the year for the Juvenile Club, we invest a huge amount of time in getting the preparation right, our objectives is simple, we want every child to have a fun experience and I think we have achieved that this week again. The camp couldn’t happen without the support of everyone in the Club, the coaches and the support team all need to take their own holidays to be here each day and to have over forty people helping out every day shows the commitment they have to the Club, we also have a great sponsor in McMahons Centra who is always on hand to support the Club in as many ways as they can.” Overall sounds like a great week, well done to everyone concerned and thank you to everyone for the continued support.